Olympic Games: Rothen loose on Ripoll after the imbroglio of the list of the Blues 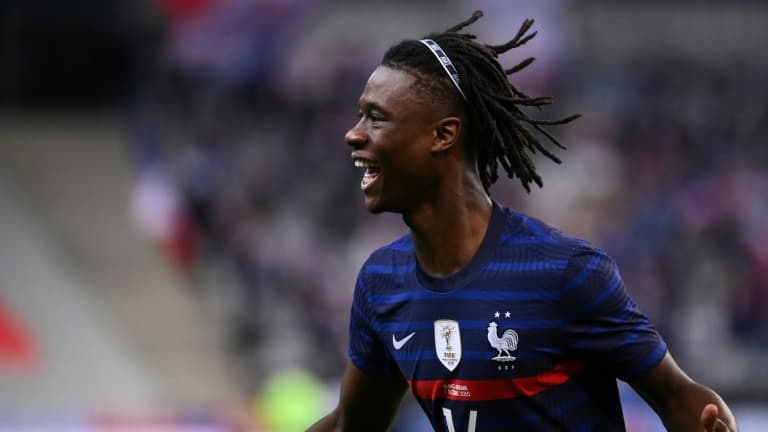 The French Olympic football team, which is due to participate in the Tokyo Olympics this summer, is facing an imbroglio. A few hours after Sylvain Ripoll’s announcement of a list of 18 names for the competition, five of them have already been selected by the clubs. On RMC this Friday, Jérôme Rothen points to the responsibility of the FFF and its coach.

Participating in the football tournament of the Olympic Games, the French team has been waiting for this since 1996. However, 25 years later, enthusiasm is not overwhelming for all of French football. This Friday, coach Sylvain Ripoll called a group of 18 players for the event. But in the space of a few hours, five players have already been detained by their club, preventing them from coming to Tokyo this summer. Malang Sarr (Chelsea), Amine Gouiri (Nice), Benoît Badiashile (Monaco), Maxence Caqueret (OL) and Eduardo Camavinga (Rennes) are concerned.

Enough to pose big problems and create a hell of a mess for the FFF. “We must do mediation. We must lock everything before, we do not leave a list like this, judge Eric Di Meco, consultant for RMC. It’s negotiation and sports diplomacy.”

For Rothen, “we must try to sell the Olympic Games project”

The clubs are not obliged to transfer their players, insofar as the Olympic Games are not organized by FIFA or another International Federation linked to the teams. For several weeks, Sylvain Ripoll knew that he was going to have to deal with the refusals of each other.

“It is the role of the president of the Federation but especially of the coach. Of course, it is not he who will make the decision and overturn the decision of all the presidents of the clubs. But there is a speech to be had, we have to go, try to sell this Olympic project by highlighting the players and the clubs, says Jérôme Rothen, consultant for RMC Sport. I am convinced that Ripoll did not do it. “

Far from the prestige of the biggest international competitions, the football tournament organized at the Olympic Games is only reserved for under 23s, with the possibility for each country to call three players above this age limit. Téji Savanier, André-Pierre Gignac and Florian Thauvin belong to this category for the Blues.

“In the Olympic sports, we do not retain football. This sport at the Olympics has never fascinated me, further Rothen advance. The players are the same thing. Not those who have qualified nevertheless. The clubs should have had to. also anticipate during qualifying and tell them not to participate in it. ” The FFF now has until June 30 to find replacements and send a team to the Tokyo Olympics.