Olympic Games 2021: "We checked, it’s the right color"Garcia jokes about outfits in Rio 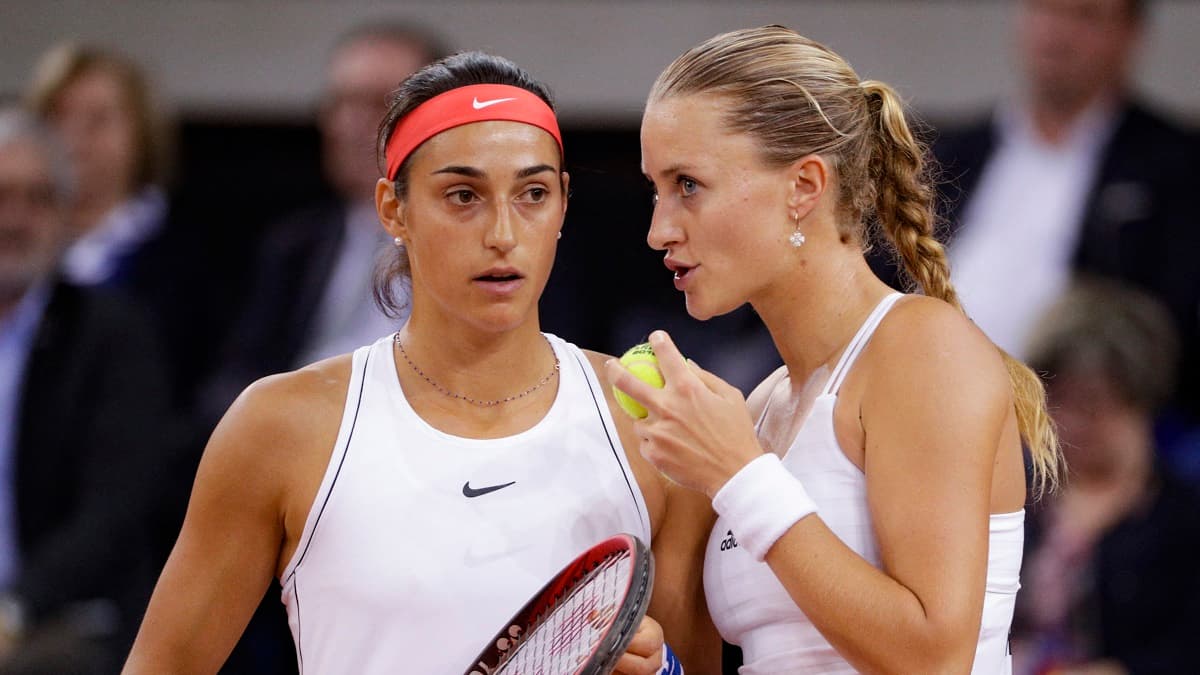 Unhappy in Rio five years ago, due in particular to a double elimination marked by an incredible sartorial imbroglio, the French tenniswoman Caroline Garcia does not wish to relive such a mishap at the Olympic Games in Tokyo.

Don’t talk to him about those damn Rio Games, “very hard to digest”. Caroline Garcia traveled to Tokyo to create positive memories, and to erase the wounds of the past. The Frenchwoman was eliminated in doubles with Kristina Mladenovic after a surprising case of illegal outfits. They were then suspended “as a precaution” from any national selection because of their behavior.

Mladenovic had indeed severely incriminated the French Tennis Federation, made responsible for this fiasco, knowing that the two players had disappeared from the singles tournament in the second round. A nightmare that they will not want to relive, as they are back with the Olympic team, selected in both singles and doubles.

“This year, there are new Olympic Games, a new competition. The cards are reshuffled, the expectations are different, relativized Garcia, who has had a complicated start to the season, in Before Tokyo on RMC. I will prepare as best as possible. these next few days as I have done since I arrived, to recover well, to be in good shape, to take my bearings. “

Separated from her father, with whom she no longer works on a daily basis, Caroline Garcia has courageously chosen to change her functioning on the WTA circuit, demanding a new approach, but the results are slow to come, for now, despite a semi-final in Lausanne. And the Frenchwoman is not sure to continue with her coach from the Nadal academy, Gabriel Urpi.

Lacking confidence, the 76th player in the world is no longer used to playing doubles with her compatriot Kristina Mladenovic, who will be her partner in Tokyo. The last time they paired up was in 2019, in Perth (Australia), in the Fed Cup. “It’s a long way off, indeed. After that I don’t think that negates all our chances of having a medal,” said Garcia.

“There is a first game that will be very important to settle, continues Garcia. And once we have a few victories, we can go higher. We had very good results together in the past. ‘we take things one after the other, that we get to be very serious, very focused and positive. “

One thing is certain, the outfits will no longer pose the slightest problem, a priori. “Everything is settled, we checked, it’s the right size, we fit in, it’s the same color, so it’s good,” Garcia said with a smile. We are reassured.