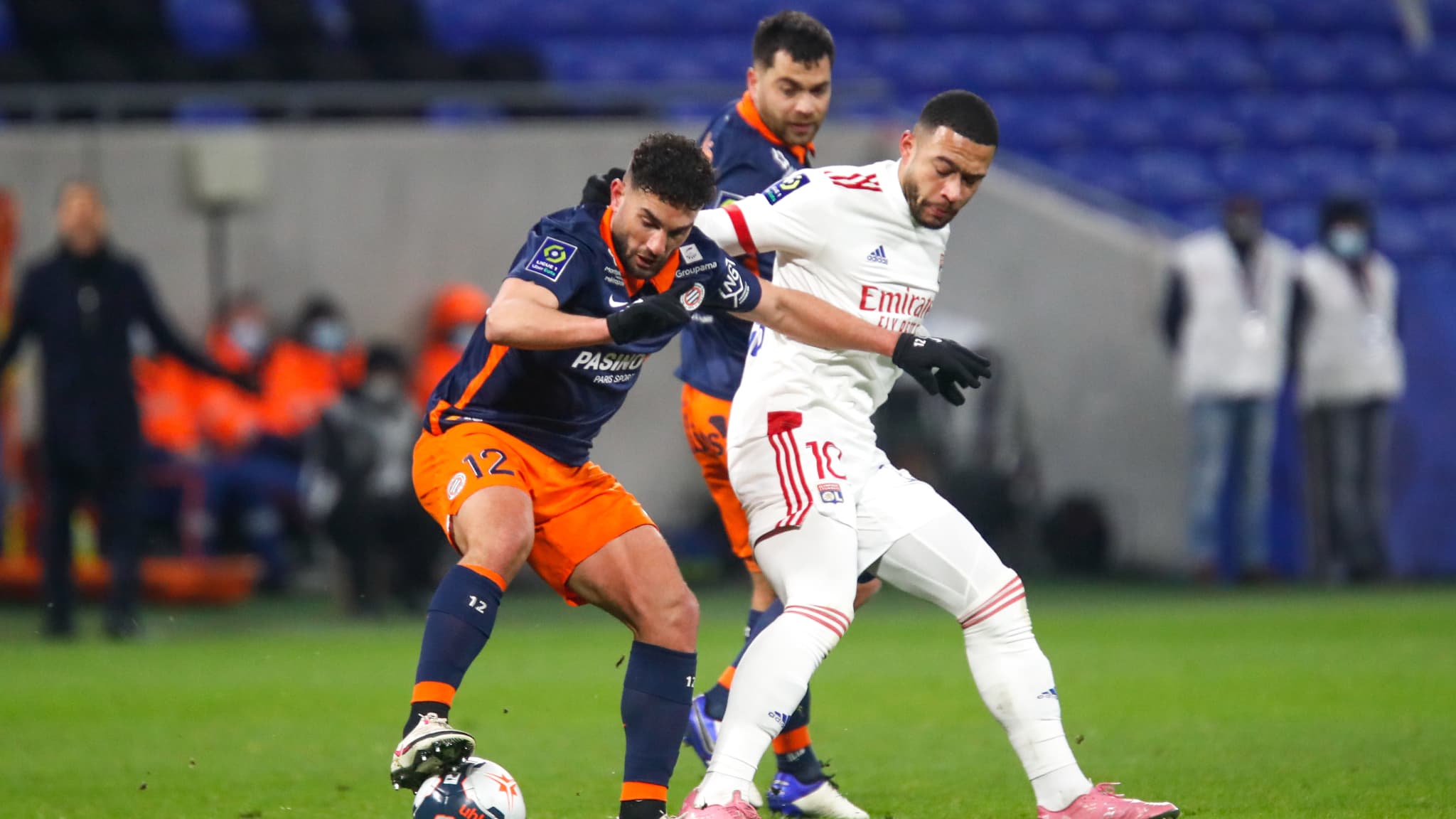 OL conceded their third defeat of the season in the league on Saturday night against Montpellier (2-1). Rudi Garcia’s men, led twice, now find themselves third and under threat from AS Monaco.

Not in a big night, Olympique Lyonnais conceded their second defeat of the season at home and their fine streak of four consecutive league wins. He also lets PSG overtake him. At Groupama Stadium, Saturday night for the 25th day of Ligue 1, OL lost 2-1 against Montpellier HSC. The Hérault club had not signed two consecutive successes in the league since the end of November.

The start of the match, however, led to believe that OL would master their opponent by finding the flaw without too much delay. In any case, this is what the first ten minutes suggested, with several notable situations. But Marcelo’s injury, hit in an ankle, quarter of an hour of play, was the marker of a new dynamic. Just entered his match, the MHSC then managed to open the scoring, with a header from Téji Savanier to take over a center with small onions from Andy Delort (20th).

The pace of the match remained strong thereafter. If OL still managed to get to the last few meters, it was undoubtedly too rushed for a home title candidate. But opportunistically, after a good save by Swedish goalkeeper Jonas Omlin to push back a header at close range, Lucas Paqueta equalized for OL just before the break (45th + 1).

Even without Andy Delort, replaced by the young Elye Wahi who is breaking through at the moment, the MHSC continued to manhandle the Lyonnais. And it is besides the great hope of Montpellier, just turned pro, who, opportunistically and taking advantage of a hazardous exit from Anthony Lopes, went to give the advantage to his team (66th). Rudi Garcia made OL react by bringing in Islam Slimani and Rayan Cherki, exquisite in the middle of the week against Ajaccio (5-1). But the lack of realism, given all the wasted opportunities, was terrible.

Pressured by PSG, winner without shining a few hours earlier against Nice (2-1), OL therefore find themselves on the third step of the podium, two lengths behind the leader and Lille (opposed Sunday in Brest). He especially leaves the possibility to AS Monaco, which faces Lorient, to return to a small point.

Resurrected last week after nine games without a win in the league, Montpellier temporarily climbs to 8th place. Michel Der Zakarian can breathe.