OL: Koeman turns Garcia on after attack on Depay 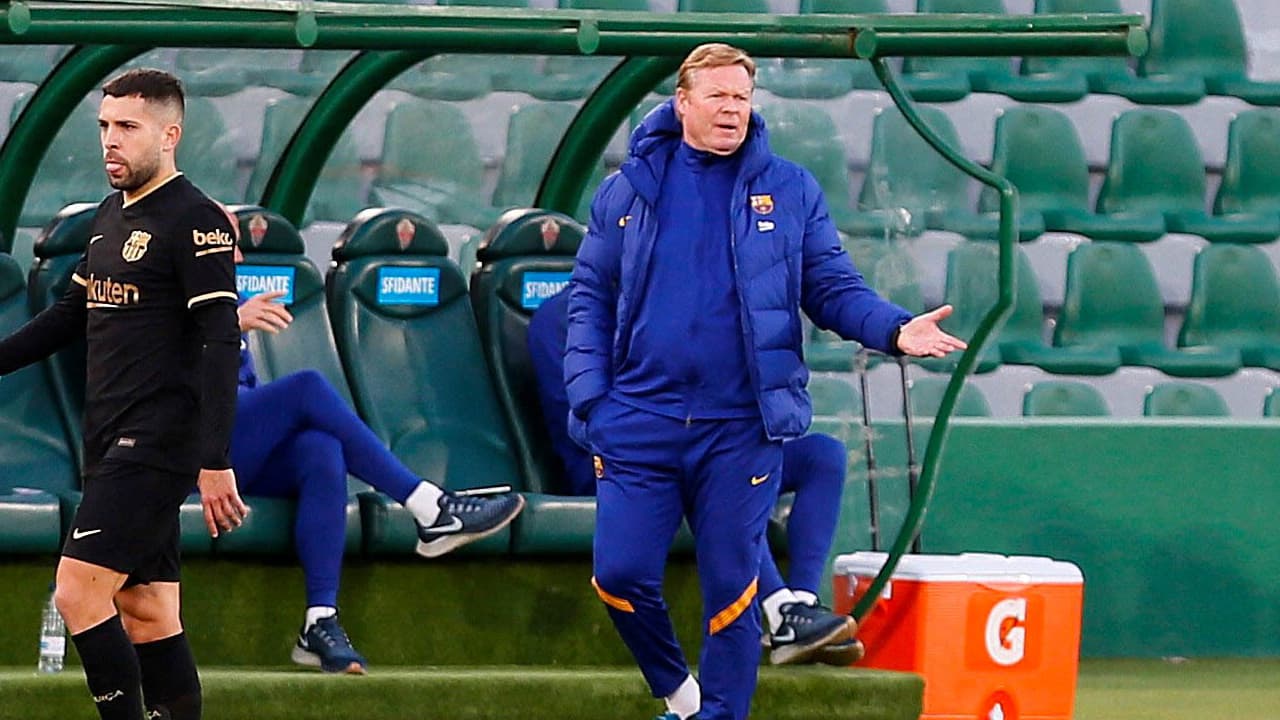 Ronald Koeman, FC Barcelona coach, retorted very harshly to Rudi Garcia who had criticized him for having flirted with Memphis Depay.

The future of Lionel Messi agitates the news of FC Barcelona a little more every day. The publication of the number of France Football on Tuesday with a montage of Messi wearing the PSG jersey caused a lot of reaction in the Catalan media, who saw it as a destabilizing company one week before the knockout stages of the Champions League between Barça and PSG (February 16, 9 p.m., live on RMC Sport).

On the eve of the trip to Seville in the semi-final first leg of the Copa del Rey, Ronad Koeman did not wish to drag on this debate. “I don’t know why France Football did this, he replied on the subject. If they want to talk about Leo, about his future, let them talk about it.”

“Looks like he really likes to exist through the press”

He still “paid” Rudi Garcia, OL coach, after the latter’s attack this weekend. “I read that Ronald Koeman was a little offended that PSG was talking about Lionel Messi at the club before a Champions League meeting, said the French technician last weekend on beIN Sports. not embarrassed, even after the transfer window, to talk about Memphis Depay. It’s called the sprinkler sprinkler. “

Koeman’s response is scathing. “As for the Lyon coach, it looks like he really likes to exist through the press, he said. He does what he wants, he is not an important man in my eyes. The job is to prepare each match. Tomorrow (Wednesday), we face Sevilla, then Alavès on Saturday at home, then Paris in the Champions League. “

At the end of the contract next June, Memphis Depay is regularly announced on the side of FC Barcelona where Ronald Koeman, who knew him well when he was coach of the Netherlands, gives him soft eyes. The player remained in Lyon during the winter transfer window but could fly, free and free, to Catalonia next summer. This season, he has scored 13 times and delivered six assists, actively participating in the beautiful course of OL, currently second in Ligue 1. Last weekend, he overtook Karim Benzema in the number of goals scored with OL , with 67 goals for Depay against 66 for the current Real Madrid player.

Since October, Garcia had repeatedly promised to “tackle” Koeman. The first time in October, a few weeks after the transfer window closed. “Make me think about putting a tackle on Koeman when it’s the time,” he said before putting on a layer a few weeks later. “Now is not the time to tackle Ronald Koeman, he repeated. We will have the opportunity to do it, don’t worry. My 18-studs are still on my shoes and I will put on the right shoes. at the right time.” Suffice to say that Koeman had time to prepare his response.