The news of the launch of two new feature phones of HMD Global has been coming for many time. The rest of the details related to the phone have been revealed in a recent leak.

In which it has been said that both Nokia 6300 4G and Nokia 8000 4G phones will run on KaiOS. Some smartphones of the company Nokia also run on this.

Some specifications of the phone have also been revealed in the leaked report. According to a report by NPU, the Nokia 6300 4G will have a 2.4-inch display and will be powered by a single core processor.

The smart feature phone will have a 1,500mAh battery, 512MB RAM and 4GB internal storage. It will have microSD card support for expandable storage up to 32GB.

It is being told that Nokia 6300 4G will come with dual-SIM connectivity, micro USB port, Bluetooth 4.0 and GPS. It will be available in three color options of Charcoal, Cyan and White.

HMD Global will revive the popular Nokia 6300 which was known for its stainless steel body. The details of Nokia 8000 4G are given in the NPU report as well.

This Nokia phone will come with a large 2.8-inch display and a choice of four colors in black, golden, blue and white. The rest of the specs are similar to the Nokia 8000 4G. 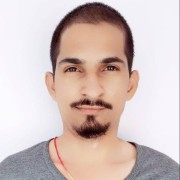 Great opportunity to buy Xiaomi phone, up to 70% advantage in 'Mi Smart Upgrade'

Now you can schedule SMS messages in the phone, Google is giving new feature