The war for autonomy is declared. The Chinese start-up NIO continues to work on developing new batteries that increase the electrical autonomy of its models, and according to CN Tech Post, it would be working on 150 kWh batteries to get closer to the mythical barrier of 1,000 kilometers of electrical range.

The specialized site of china indicates that the founder and CEO of NIO, Williams Li Bin, would have confirmed this information at an event for the brand’s VIP clients. These 150 kWh batteries promise for now a range of more than 900 kilometers, much better than the range of 615 kilometers offered today by NIO models equipped with 100 kWh batteries.

Of course, NIO still measures in the NEDC cycle, so that 900 kilometers converted to the most demanding WLTP cycle would represent around 750-800 kilometers. In any case, it is a 50% improvement over what it offers today.

And if we enter into comparisons, the Tesla Model S offers 610 kilometers, Model 3 goes down to 540 km and the Jaguar i-PACE is at 470 km, all measured with the WLTP cycle. And in the future, the Lucid Air will offer about 830 kilometers, and Hyundai promises for the IONIQ 5 about 800 kilometers.

In addition to this news, NIO would have privately announced its intention to land in Europe in 2021 and will replicate the battery rental model it uses in China. The landing would be carried out with its ES6, ES8, and EC6 models. It was with this latest model, the newest in the range, that the new 100 kWh batteries were released, in addition to the 70 and 84 kWh offer.

NIO continues its business plan from strength to strength, delivering more than 31 thousand units in the first 10 months of the year, a growth of 111% compared to the same period of 2019, and half of all the cars it has placed in the Chinese market since its launch three years ago. 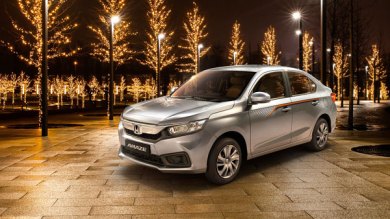