New maneuver in China amid tension on border, India will remove troops before East Ladakh 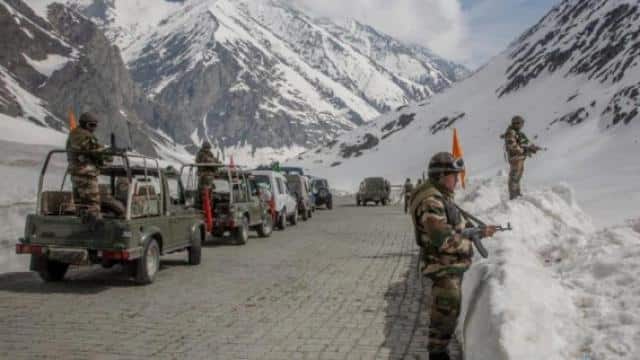 The tense atmosphere created by the border dispute in East Ladakh between India and China seems to have diminished through a consensus, as the two countries have almost agreed to rear their respective forces. But the Chinese government mouthpiece Global Times has claimed that this matter can be confused again. Amid efforts to alleviate tense atmosphere in eastern Ladakh, China has taken a new approach and claimed that India would withdraw its troops before East Ladakh. The Global Times has claimed that China and India have agreed to withdraw the military and weapons and that both countries will soon implement a border disintegration scheme i.e. the withdrawal of troops under reciprocal principle. . The Global Times also claimed that according to the plan to remove the army, India would first have to withdraw its army from the conflict point. Only then will China consider withdrawing its army.

Citing an unnamed source, the ruling Communist Party People’s mouthpiece Global Times said, “India must first withdraw its army, as India first illegally sent its army to the southern shore of Pangong Lake.” Only then will China consider withdrawing the army at the northern end. Let us tell you that after the agreement on dis-engagement between the two countries, both sides are going to demolish all new structures in Pangong Lake area after April-May. Apart from this, no country will be patrolling in the area of ​​Finger 4 to Finger 8.

When Hindustan Times sought the Chinese Foreign Ministry’s response to this Global Times report, they did not respond to it. There has been no formal response from the Chinese embassy in New Delhi on the claim reported by the Chinese government media Global Times. But India made it clear only after the initial round of diplomatic and military talks that the soldiers of the People’s Liberation Army of China were the first to deepen and provoke the border dispute, so Indian soldiers would not step back first.

The Global Times report published on Friday was an updated version of the previous report published a day earlier. On Friday, the Global Times denied the consensus in the Indian media on the withdrawal of the two forces. He claimed that such reports in the Indian media were false. Let us know that China and India, the two nuclear powers countries, have been embroiled in the border dispute for the last five-six months and due to this tension on the border continues. Several rounds of diplomatic and military talks have so far failed to reduce tension on the border.

However, Indian officials confirmed that both sides were considering a proposal for a phased withdrawal of troops and military equipment in the sensitive Pangong Tso area as part of a comprehensive disengagement plan to ease tensions in Ladakh. If this proposal goes ahead, it will be the first significant step in negotiations that have been ongoing for more than four months. Disruption occurred in early July in the Galvan Valley, but did not have an impact in other tense areas. The proposal was first discussed on 6 November during the eighth round of military talks between the Corps Commander-rank officers of both armies in Chushul Sector.

Special proposal to repel troops and restore position before April was finalized during the eighth round of high-level military talks between Indian and Chinese forces at Chusool on November 6 in the Indian side of the Line of Actual Control (LAC) . Sources said that the Indian Army and the Army of China (PLA) are hoping to reach a compromise in the next talks at the Corps Commander level. The ninth round of talks at the military level is likely to be held in the next few days.

Is India-China deadlock in eastern Ladakh to end soon? Both sides will destroy new structures built after April-May

About 50,000 Indian Army personnel are deployed in various mountainous regions in eastern Ladakh as no concrete results have been achieved so far in the talks between the two sides to resolve the deadlock. According to officials, China has deployed similar personnel. The deadlock between the two sides began in early May. Sources said that as a first step on the agreement, within three days both sides will move tanks, large arms, armored vehicles from the stand-off locations near the LAC to the rear base. As a second step, PLA troops will move from their current location of Finger Four to the Finger Eight area on the northern shore of Pangong Lake, while Indian troops will be stationed close to the Dhan Singh Thapa outpost.

He said that broadly, about 30 percent of the troops would be returned every day in three days as agreed between the armies. In the third phase, troops will retreat from areas such as Rejang La, Mukhapari and Magar Hill on the southern shore of Pangog Lake. Indian troops have strategically occupied areas such as Mukhpari, Rejang La and Magar Hill around the southern shore of Pangog Lake. A high-level source said, ‘This is all proposal. The agreement has not been signed yet.

The source said that both sides will conduct detailed verification in the final phase of the troop retreat, after which normal patrolling is expected to be restored. Prior to the eighth round of negotiations at the Corps Commander level with the PLA, top military officials had discussed proposals for retreating troops and reducing tensions in East Ladakh. ‘The proposal to withdraw troops to the Finger area would mean that patrolling between the Finger Four and Eight area would not be allowed until the deadlock was resolved.