Netherlands defeat Ukraine in best game of start of Euro 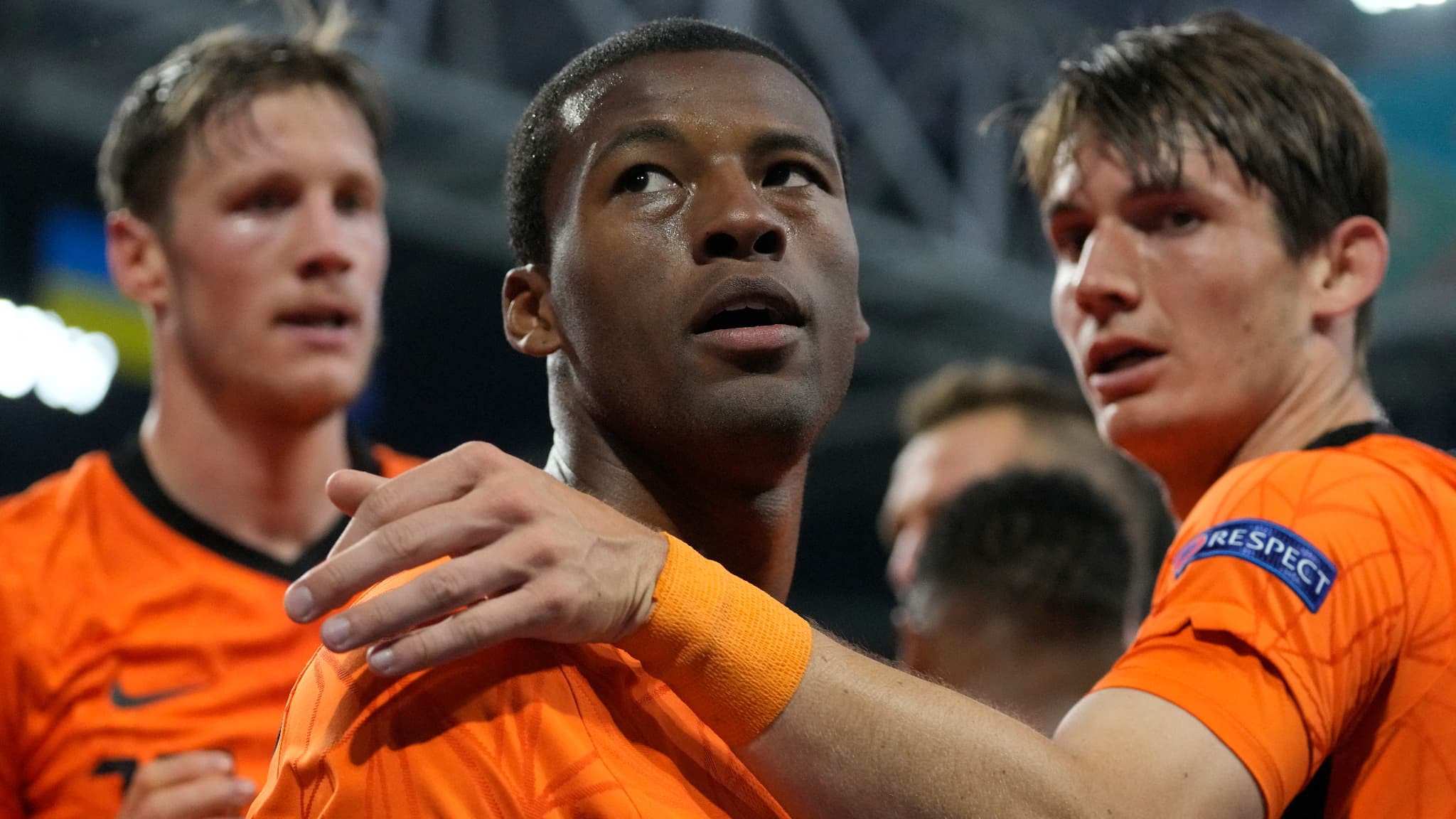 At the end of a totally crazy scenario, which offered spectators the best match of the Euro so far, the Netherlands made Ukraine fold (3-2) this Sunday. New PSG recruit, Georginio Wijnaldum shone.

Absent from Euro 2016 and the 2018 World Cup, the Netherlands were keen to make their return to a great competition. Mission successful, at the end of a totally crazy scenario. During a meeting without downtime, by far the most pleasant of this start of Euro, Memphis Depay and his gang defeated a catchy Ukrainian team (3-2). With these first three points, they slip to second place in Group C, just behind the Austrians, executioners a little earlier in the day from North Macedonia (3-1).

While they were leading 2-0 and seemed to be heading for a rather quiet success in front of the 16,000 spectators present in the stands of the Johan Cruyff Arena in Amsterdam, the Netherlands were however very hot.

But Denzel Dumfries donned the savior costume. The right side of PSV, 25, crucified the Ukrainians with a decisive header at the reception of a cross from Nathan Aké (85th). Half an hour earlier, Georginio Wijnaldum had delivered his own (52nd), before seeing Wout Weghorst make the break in stride (59th), on a goal validated by the VAR. Two goals came to reward the efforts of the men of Frank de Boer, who had decided to maintain his 3-5-2 despite the skepticism of the supporters.

Dominators, well placed collectively, his players had several opportunities to find the loophole in the first period. But they could also have found themselves led, the Ukrainians managing to get themselves some hot situations, in part thanks to the talent of Roman Yaremchuk (25).

Technically easy, invaluable in the deviation game, the center forward of La Gantoise had more difficulty in existing on the return from the locker room. But he came out of his box to equalize the head on a caviar of Ruslan Malinovskyi, the midfielder of Atalanta Bergamo (79th). Four minutes, only, after the goal of hope signed Andriy Yarmolenko with a sublime shot curled from the left (75th). A little gem that must have appealed to its coach Andriy Shevchenko and which above all revived the suspense of an intoxicating and very high intensity meeting. So with this goal of Dumfries to close the show.

Wijnaldum above the lot

The Parisian supporters could only feast in front of their television. Because their new recruit, Wijnaldum, made a boss match. The one who snubbed Barça to join PSG walked around in a playmaker role, in a higher position than his one this season in Liverpool. Captain in the absence of Virgil Van Dijk, package for this Euro, he has shown everything he can do: high recoveries, technical accuracy, ability to distribute the game and a real sense of goal. It was he who opened the scoring early in the second half, on the lookout for a strong center from Dumfries, already him, pushed back with the tip of the gloves by Georgi Bushchan.

Ideally placed, Wijnaldum emerged to send the ball to the back of the net (52nd). He had the opportunity to score from the 7th on a heavy strike from the right, then on a volley superbly released by Bushchan (39th). Wijnaldum is also an assumed leadership, with a lot of instructions and advice given to his teammates, to replace them or urge them to play faster. His performance seduced Rolland Courbis, member of the Dream Team RMC Sport: “I always make the difference between a rookie and a reinforcement. And he is a real reinforcement for PSG. He is a very interesting player.” What make you want to see him quickly on the lawns of Ligue 1.