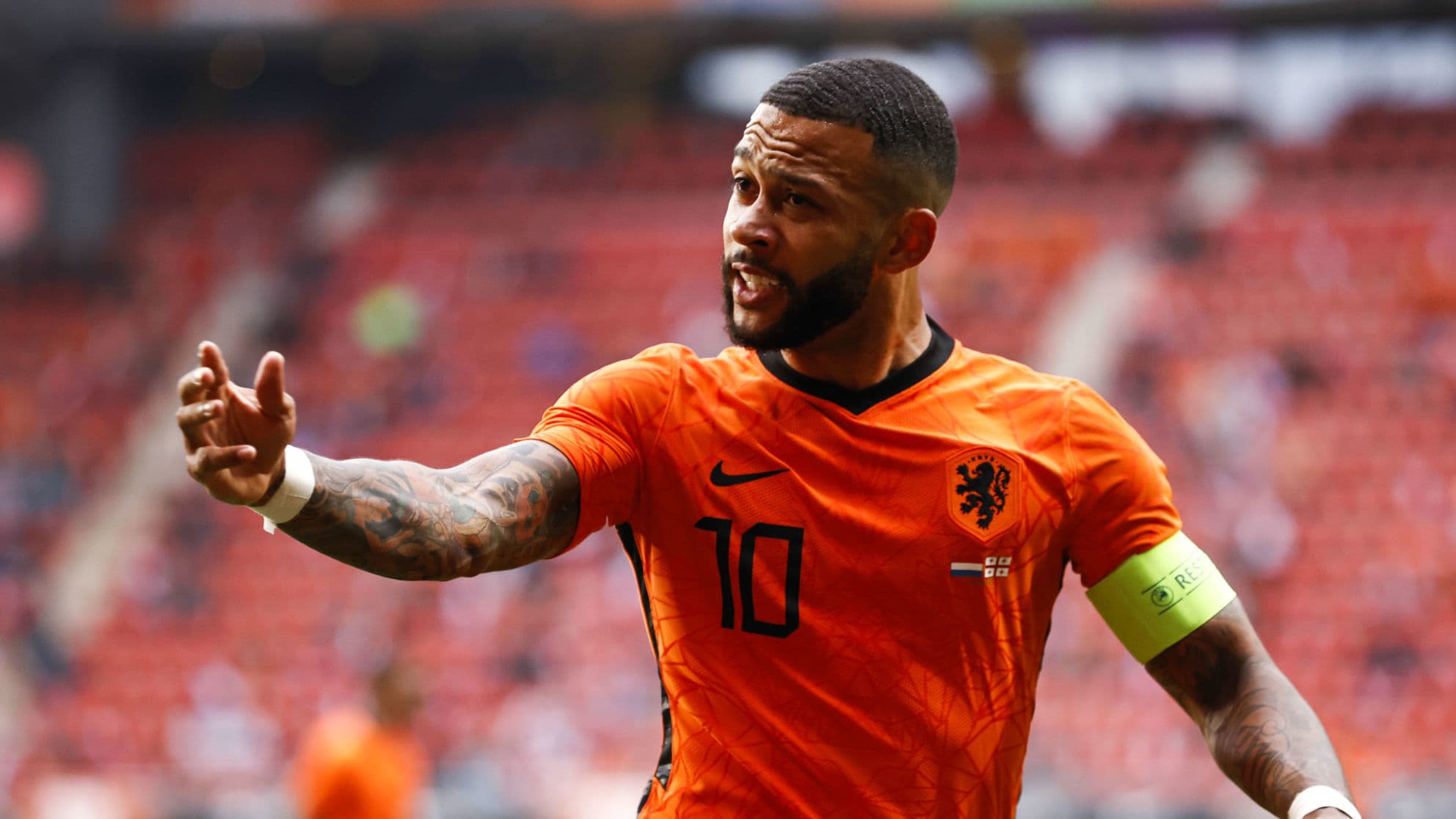 While he opened the scoring for the Netherlands against Austria on Thursday night, Memphis Depay missed a golden opportunity to double the bet and launch his Euro perfectly.

Everything had started as well as possible for Memphis Depay. The Netherlands striker found Austria this Thursday for his second match of Euro 2020. After only eleven minutes of play, it was he who opened the scoring, virtually qualifying the Oranje for the next round. A goal scored from the penalty spot, with a superb strike placed in the small net.

This achievement, the first of his career in a Euro, could have turned into a double a few minutes later, during a cons well orchestrated by the Dutch. We play the 40th minute, the ball circulates in the middle of the field for the Orange, until a superb opening in depth towards Wout Weghorst. Where the strike would have been possible, the Wolfsburg striker chooses the best option and manages, without control, to give the ball to Depay.

Alone at six meters, slightly off-center on the left of the Austrian area, the attacker watches the ball bounce in front of him, arms his recovery … which he sends in the sky of the Amsterdam Arena. An incredible failure, which surprised everyone, starting with the main player, who paused, staring into space and hand on hips, before the game resumed its course.

This little ball is all the more surprising given that the Olympique Lyonnais player, who should soon join FC Barcelona, ​​is usually relentless with his selection. Author this Thursday of his 26th goal for the Netherlands, he especially scored his eighth goal since the arrival of Frank De Boer as coach, last October. In this period, only Romelo Lukaku (10 goals) did better.