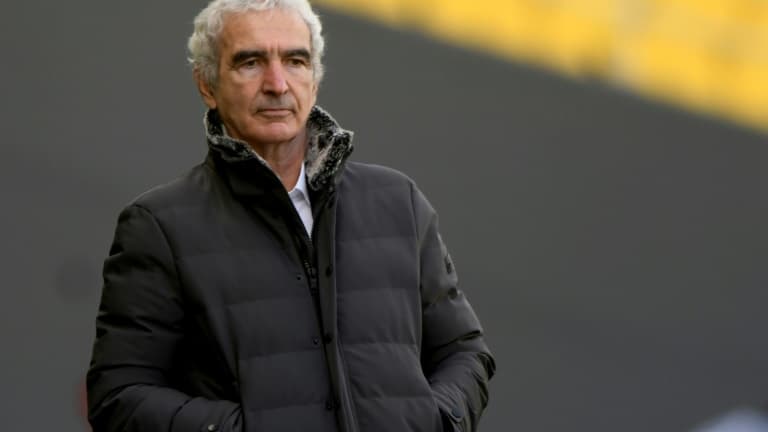 A little over a month after his arrival, Raymond Domenech is preparing to be sacked by FC Nantes under Waldemar Kita. The former coach of the Blues has not been able to change the face or the dynamics of the team.

Four draws, three defeats and no victory in Ligue 1, a non-existent game, a club sent to the red zone when he was 16th when he arrived … Raymond Domenech’s first weeks at the head of FC Nantes seem to have because of the patience of Waldemar Kita, the president of the club, whose management is itself very criticized in recent years. Domenech is about to be dismissed from his coaching duties. In the entourage of the management of FC Nantes, it is confirmed that “the Antoine Kombouaré track is very advanced” to replace him.

This new fiasco should not settle the popularity of Kita vis-à-vis Nantes supporters exasperated by the situation in which the club is stuck, especially since the appointment of Domenech was his decision, whose motivations could be guessed.

Domenech’s first training session had turned into a farce with an ironic welcome from the ultras, loudly denouncing the “Kita Circus” and a trainer, who had not held a club position since 1993, qualified as a “puppet”. From the appointment of Domenech, debates raged on television sets and radio studios, between observers eager to give a chance to a coach who has already proven himself, in Lyon in particular, and his despisers, who do not have never forgiven him his last years at the head of the France team.

A three-axis plan that failed

For his first appearance in front of the media, with which they had in the past had a somewhat thwarted relationship, Domenech kept a low profile, leaving nothing to show of the former manager completely out of step with what the position required in terms of communication. . “I have changed”, hammered a man who has forged a shell throughout his experience as a consultant on television. But very quickly, the natural came back at a gallop, sometimes with ill-chosen or even very awkward jokes that did not get through, like this joke that came out of nowhere on the death of Diego Maradona.

Each televised intervention was an opportunity for the former coach of the Blues to see all the attention and curiosity he continues to arouse, this fascination that he continues to exercise in France. That’s about all that we will remember from his time in Nantes, while he was not able, with his staff, to rectify the sporting situation of the club. Domenech took the time to gauge its players, to measure the extent of the progress to be made to make this team a candidate for maintenance. Still, his passage has not changed the dynamic of the team, in search of a playing identity, which it no longer produces on the field.

A game still so disappointing

Raymond Domenech’s three-axis plan was shattered for the first time in Metz, when the Canaries sank in Lorraine (0-2) after three games where the team had relied on a new defensive solidity. The second axis aimed to work on the quality of play. But if the club held the ball better, especially against Saint-Etienne (1-1) it did not often know what to do with it. Disarmed in the face of the lack of form or absence of its main creators, Imran Louza and Ludovic Blas, the people of Nantes have never ceased to doubt. The rest did not come.

The situation became “very tense”, by the admission of the coach, after the defeat (2-0) at home against Lille, in Ligue 1. A match at the end of which Raymond Domenech, who displayed a form of serenity in the midst of the storm, for the first time split the armor. “We were completely absent, it bothers me to see how much we did not exist”, he denounced after a fifteenth game in a row without success in Ligue 1. A sad record which the club would have fine.

We thought FC Nantes was at the bottom of the hole, but the Canaries found a way to dig even deeper this Wednesday, in the Coupe de France. And Domenech, affected by the Covid, was not even there to witness a new debacle of his team, slapped (4-2) by the Racing Club de Lens. As if his presence or his absence ultimately mattered little to his players. With or without him now, FC Nantes is going through an ever deeper crisis.