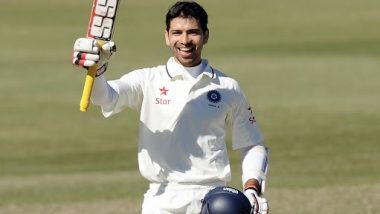 Naman Ojha Retirement: India’s wicket-keeper batsman Naman Ojha on Monday announced his retirement from all formats of international and domestic cricket. The 37-year-old batsman has represented India in all three formats. He has played one Test, one ODI and two T20 matches for Team India. Naman played in the limited overs series during the 2010 Zimbabwe tour while in 2015 he played the only Test of his career against Sri Lanka in Colombo.

Naman, representing Madhya Pradesh in domestic cricket, played 146 first-class matches, scoring 9753 runs at an average of 41.67. In the first class, he scored 22 centuries and 55 half-centuries and his highest score was 219 not out. Apart from this, he played 143 List A and 182 T20 matches including 113 IPL matches. In the IPL, he played for Delhi Daredevils, Rajasthan Rajasthan Royals and Sunrisers Hyderabad. Also read: Wasim Jaffer retired from cricket, know how his performance in international cricket

Naman’s partnership of 189 runs for the second wicket with David Warner in 2012 is still the largest partnership for any wicket for Delhi and the fifth largest in IPL history. He played his last match against Sunrisers Hyderabad while playing for Delhi Capitals in 2018.

Naman said, “After 20 years of first class and many years in junior class before that, I think it’s time to move on. It was a big journey and the best moment of my life. My coach, trainer , Physio, selector, captain, team player, my family, well wishers, I am thankful to Madhya Pradesh Cricket Association and Board of Control for Cricket in India for helping me fulfill my dream of playing for the country and the state. “