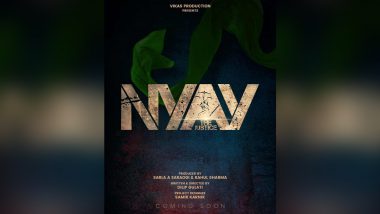 The unwavering love of his loved ones for Sushant is still not diminished and for all this they will continue to demand justice. That is why Sushant Singh Rajput jointly joined Sushanta by the two makers to find out the cause of death, the mysteries associated with his death, and several investigative agencies to find out the reasons behind the silence after investigation of Sushant case. An attempt has been made to convey the memory of the audience. Famous criminal lawyer Ashok Saraogi has been produced by wife Sarla Saraogi and Rahul Sharma under the banner of Vikash Production, the film ‘Nyaya-The Justice’ (NYAY- The Justice). Also read: Drug Case: NCB took custody of Sushant Singh Rajput’s friend Rishikesh Pawar

The producer says, “We are confident that this film will always keep Sushant’s memories alive and will remind Sushant’s fans and seekers to seek justice for him. On this Valentine’s Day, the film ‘Nyaya-The Justice will be able to reorient Sushant’s memories and try to get him justice. Our silent effort is to get justice to Sushant. “