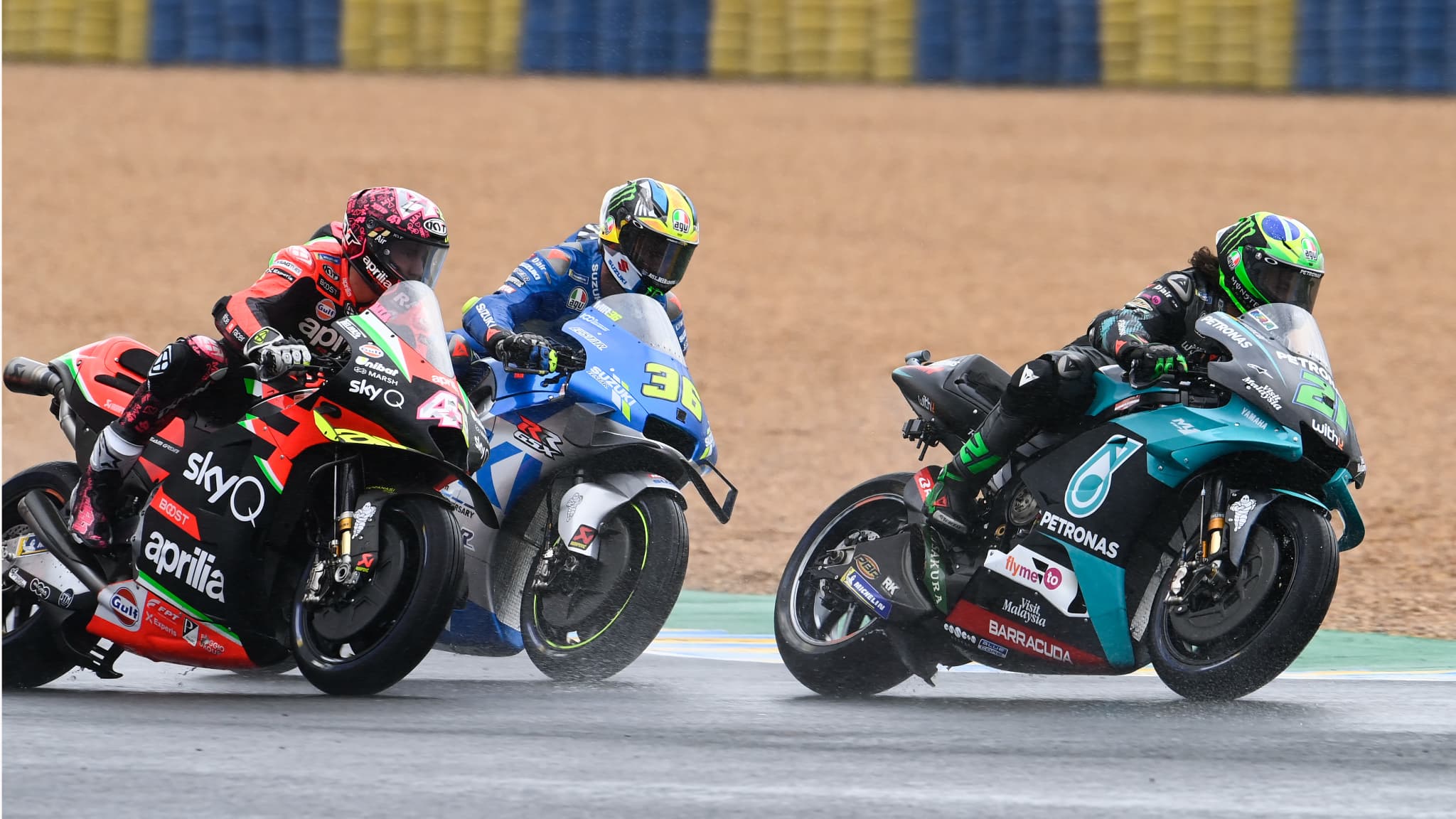 In the aftermath of the government announcements on the return of the public to sports arenas from May 19, the organizers of the MotoGP French Grand Prix indicate that the race will take place behind closed doors on May 16 at Le Mans.

The French motorcycle Grand Prix will be held without spectators on May 14, 15 and 16 at Le Mans, the event’s organizers announced on Friday following government announcements. “Despite the presentation to the competent authorities of several proposals, the dates announced in the various phases of this deconfinement unfortunately do not allow the presence of spectators to be considered,” they announced in a statement. It will indeed be necessary to wait until May 19 for the sports establishments to welcome 800 people indoors and 1,000 outdoors, according to the schedule announced Thursday by President Emmanuel Macron.

From the public for the 24 Hours of Le Mans?

The French Grand Prix will be the 5th round of the MotoGP season, the premier motorcycle speed category currently dominated by a Frenchman, Fabio Quartararo. Before the 4th round on Sunday in Spain, Johann Zarco, another Frenchman, is currently fourth in the drivers’ standings.

In addition to the motorcycle GP, the Bugatti circuit hosts the 24 Heures Motos and the 24 Heures du Mans auto, two events which have already been postponed. Initially scheduled for April 17 and 18, the 24 Heures Motos will take place on June 12 and 13 behind closed doors, recently announced the Automobile Club de l’Ouest (ACO), organizer of the event. As for the 89th edition of the 24 Hours of Le Mans, scheduled for June 12 and 13, it has been postponed to August 21 and 22, in order to accommodate the public.