MLS: Higuain thought he could play with it "a cigarette in the mouth" 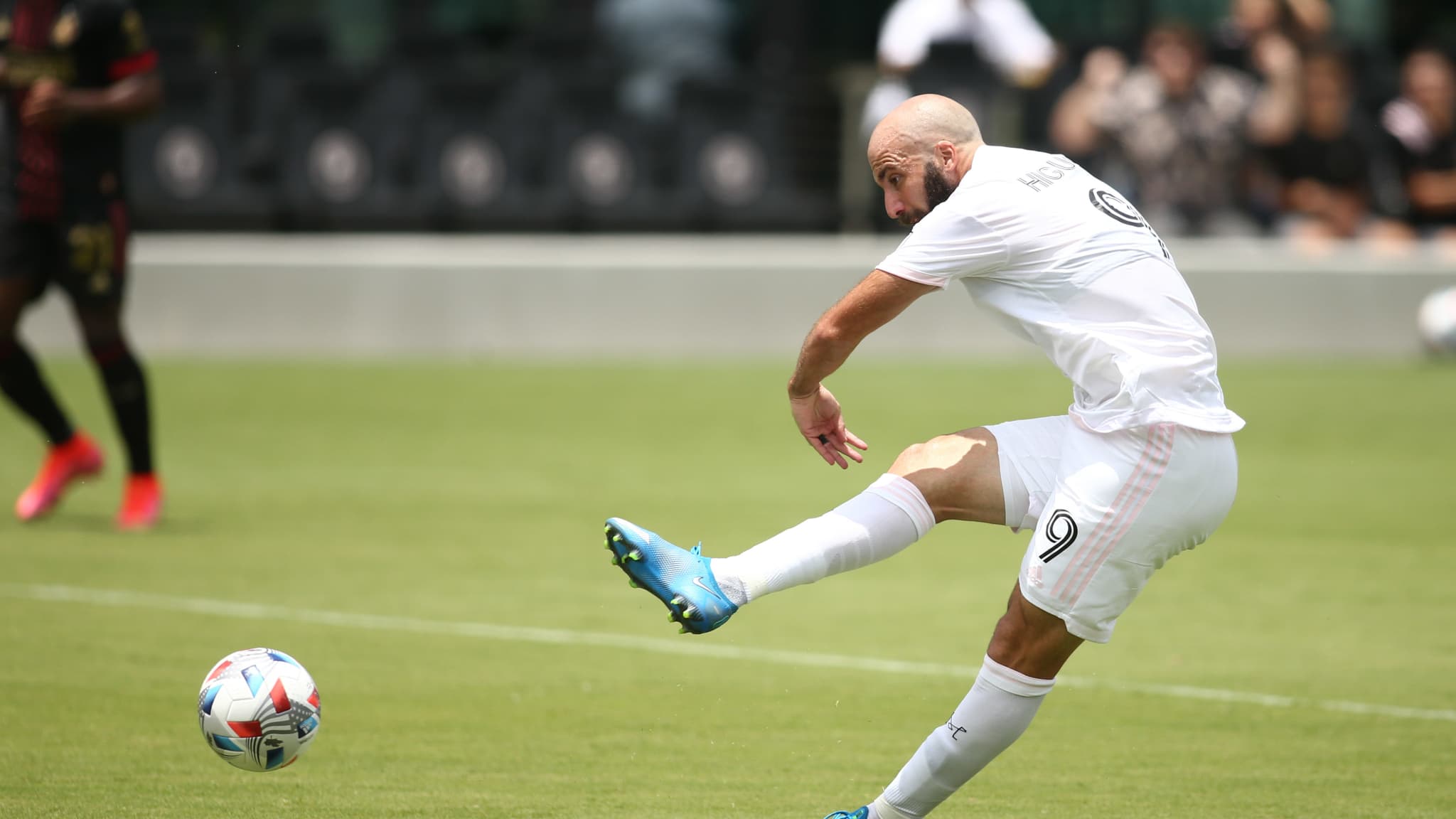 Guest on Christien Vieri’s Twitch channel, Gonzalo Higuain spoke about his departure from Serie A last summer, heading to MLS and Inter Miami. The Argentine striker revealed that he was surprised by the level of the North American championship.

In recent years, many glories of football have ventured into MLS, the American championship, like Zlatan Ibrahimovic or Thierry Henry. Gonzalo Higuain took the plunge last summer, joining David Beckham’s Inter Miami, where Blaise Matuidi also plays. In an interview with Christian Vieri on the Twitch channel of the former striker, the ex-player of Juventus confided in the level of the North American league.

At 33, Gonzalo Higuain certainly thought he would be having happy days in Miami, in a form of pre-retirement. “I thought I would come here and play with a cigarette in my mouth,” quipped the Argentina international. “Instead, it’s a tough championship.”

“It was time to find pleasure”

In Miami, Gonzalo Higuain was able to find Federico, his older brother, also a footballer. But the experience seems more complicated than expected for the cadet. He still scored four goals this season in 7 games played. “I’ve learned that MLS is similar to the Italian league. In Spain and England it’s easier to do well, while in Italy if you don’t know the championship you suffer,” Higuain compared.

Gonzalo Higuain made the decision to leave Juventus after taking advice from Gianluigi Buffon. “I couldn’t find the good determination and the serenity off the field, explained Higuain of his departure. I had nothing more to give. Buffon, a great friend of mine, said to me: ‘yes you don’t feel that fire inside in training anymore, if you don’t feel the determination to be at a high level anymore you have to go. ‘Football gave me a lot but it was time to say enough and to find joy, fun and new football in a city that surprised me because it’s wonderful. “