Mini Introduced the concept model of the famous Vision Urban 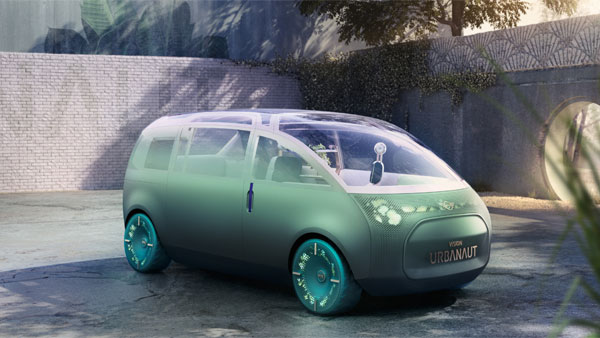 The sofa is provided with an ‘L’ shaped seat and a single seat that can be rotated very close to it. In addition, the stage system is installed. It is noteworthy that we can only see such facilities in the caravan cars used by the actors.

The Mini company is all set to introduce such special features in the Vision Urban car. Although this car looks small to look at, its spaciousness is unexpected. It is said to have more space than other mini products.

Notably, the mini is designed to be 4460mm long for more space. Not only the cabin but also the physical appearance is very attractive. From wheels to headlights, they look and feel like they’ve never been seen before in any vehicle.

In particular, the rearview and the electric lights are set to be mind-blowing. In addition, the car’s cabin, which is similar to the living room found in luxury homes, will be equipped with a music system and a large screen. That is why many are beginning to call this vehicle the leader of the luxury.

The car will also feature technical features including a state-of-the-art ambient light bulb and a state-of-the-art instrument cluster. Much of Icarus’ information is currently unpublished. The company has not announced when the Icarus will become a usable product model.

Therefore, it is expected to be released anytime in the future. At the same time, reports suggest that it could take several years for its introduction. It is worth noting that this is an electric car. Also, definitive reports suggest that the ability to operate spontaneously will emerge.

At the same time, many are beginning to say that this car is an unproductive vehicle. Therefore, there is a need to wait a few years for information about the Mini Vision Urban car which has aroused anticipation and longing.