Mercato: Simeone wishes Griezmann to "succeed at Barça", his return to Atlético forgotten? 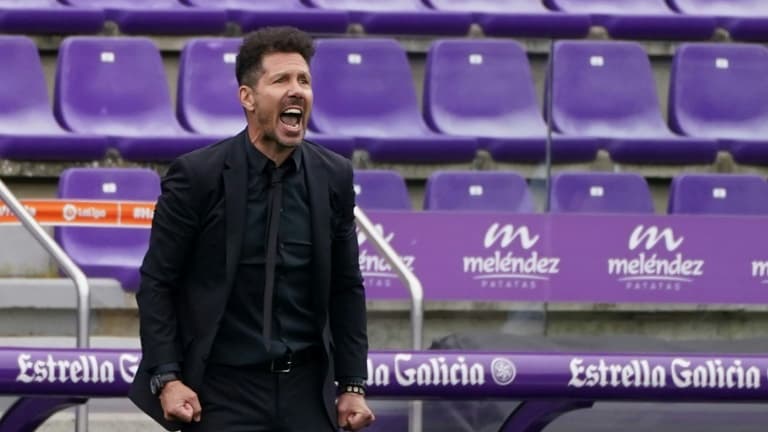 In an interview with Marca, Diego Simeone mentioned the possible return of Antoine Griezmann to Atlético de Madrid. By suggesting that it was not topical. In his way.

A declaration of love to send a message. Clearly enough. During an interview with Marca, Diego Simeone was asked about the possibility of Antoine Griezmann returning to Atlético de Madrid this summer. And the Colchoneros coach made it clear that this was not the trend at the moment. By wishing his former protégé to flourish at Barça, where he is under contract until 2024.

“I want the best for him and I hope he will succeed at Barcelona,” said Simeone, who had Griezmann under his command between 2014 and 2019. He is an extraordinary club and Antoine is a complete player. ‘Euro, he has shown again that he can bring a lot, regardless of his positioning. But today he is not with us. I only wish good to a player who gave me everything. “

What future for Griezmann?

This exit seems to confirm the last echoes, according to which Grizou’s comeback to Atlético would have little chance of taking place by the end of the transfer window. It remains to be seen whether the 2018 world champion will continue his adventure in Catalonia. Two years after his transfer (for 120 million euros), he has failed to establish himself as an essential element within the Blaugrana team.

At a time when Barça seek to reduce its payroll in order to offer a new contract to Lionel Messi, the name of the French international comes back regularly among the candidates at the start. The Catalan press recently evoked an interest from certain Premier League clubs or Juventus. Tracks that are still very hypothetical for the moment.