Mercato: Real Sociedad fears a departure from Isak, very prominent with Sweden at the Euro 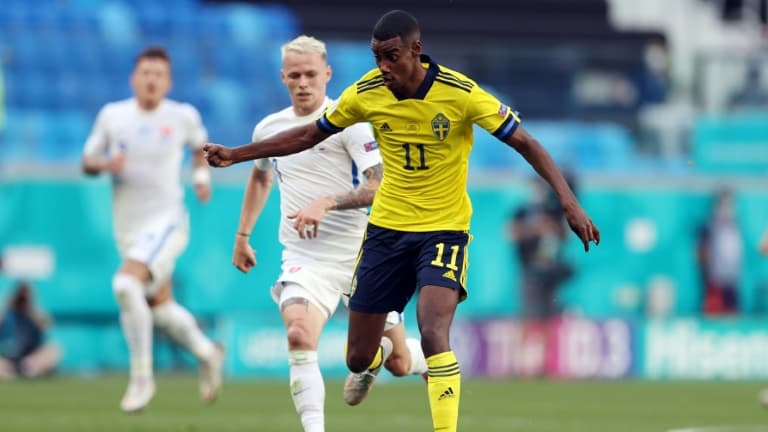 Very fit on this start of Euro with Sweden, Alexander Isak attracted the attention of several major European clubs. According to Marca, Real Sociedad fear that the Premier League leaders will align with their release clause set at 70 million euros.

Alexander Isak is in the spotlight with Sweden. Highly visible in the first two games, the 21-year-old striker was even awarded the man of the match trophy against Slovakia on Friday (1-0).

The Real Sociedad striker is used to seeing the media take an interest in him. Compared to the illustrious Zlatan Ibrahimovic at a very young age, the lanky striker (1.92m) quickly left Sweden to take charge of Borussia Dortmund at the age of 17.

Voted best young player in the Swedish championship for his first professional year, the striker’s talent and precocity had convinced the Ruhr club to secure his services for an estimated sum of 9 million euros.

Recruited by Real Sociedad in 2019 after a discreet stint in Germany, Alexander Isak is exploding this season. Author of 17 goals this season in La Liga, the Swedish striker confirms his good momentum at the moment and impresses observers during this Euro. A sparkling shape that could well attract the biggest European teams.

According to Marca’s information, Alexander Isak was offered a new long-term lease from Real Sociedad before moving to Sweden. The Spanish club wants to secure the future of its jewel with a contract until 2028, likely to cancel the release clause set at 70 million euros present in its current contract.

While Borussia Dortmund initially included a buyout option that allowed them to repatriate the Swedish striker for € 30million, that expired as Real Sociedad reached a financial deal with BVB to cancel that possibility.

But Real Sociedad is not sleeping soundly. The Basque team fears the economic power of the Premier League leaders who could well decide to take action if Alexander Isak continues to flare up at the Euro. Sweden are provisionally at the top of their group after their draw against Spain and their victory against Slovakia.