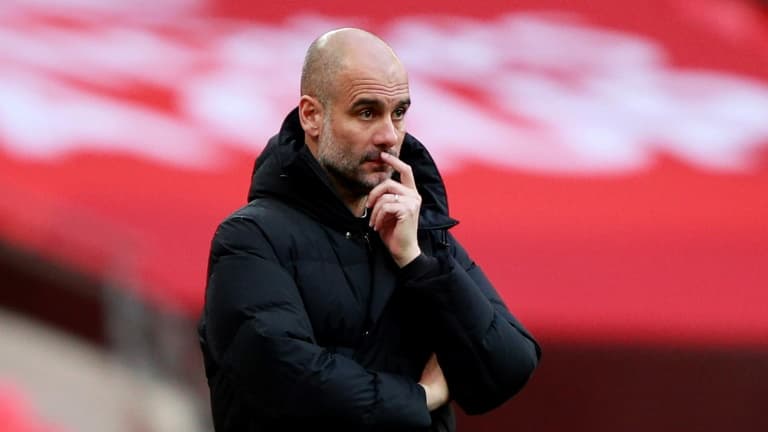 According to information from RAC1, Pep Guardiola would have proposed several Manchester City players to Joan Laporta, president of FC Barcelona. The two men have met in recent days during a golf tournament, where they were able to discuss the transfer window. The name of Aymeric Laporte would have been submitted in particular.

Relations between Pep Guardiola and Joan Laporta remain good. Returning to FC Barcelona last March, where he was elected president, Laporta would dream of bringing back the current Manchester City coach. The first gave the second responsibility for the first team in 2008, with a historic sextuplet in 2009.

In recent days, the two have reunited at a golf tournament. Between two balls played in Palma de Mallorca, Guardiola and Laporta would have mentioned in particular the transfer window for the Catalan club. According to information from RAC1, the Manchester City technician proposed several players to his former president.

FC Barcelona has already looked to City for their shopping. Eric Garcia, the 20-year-old Catalan defender, and Sergio Agüero, the 33-year-old Argentina striker, have both signed freely with the Blaugrana club. But they could therefore find former teammates in Catalonia.

Summoned by Spain for the Euro, Aymeric Laporte would have been proposed by Pep Guardiola to Joan Laporta. Since the arrival of Ruben Dias, the naturalized Spanish central defender has lost his place as holder. Joao Cancelo and Bernardo Silva would also have been mentioned, potentially for an exchange respectively against Sergi Roberto and Ousmane Dembélé. Raheem Sterling would also be a possibility for the Catalan formation, which seeks to rebuild a new cycle.