Mercato: Chiellini, hero of Italy at Euro 2021, is still without a club 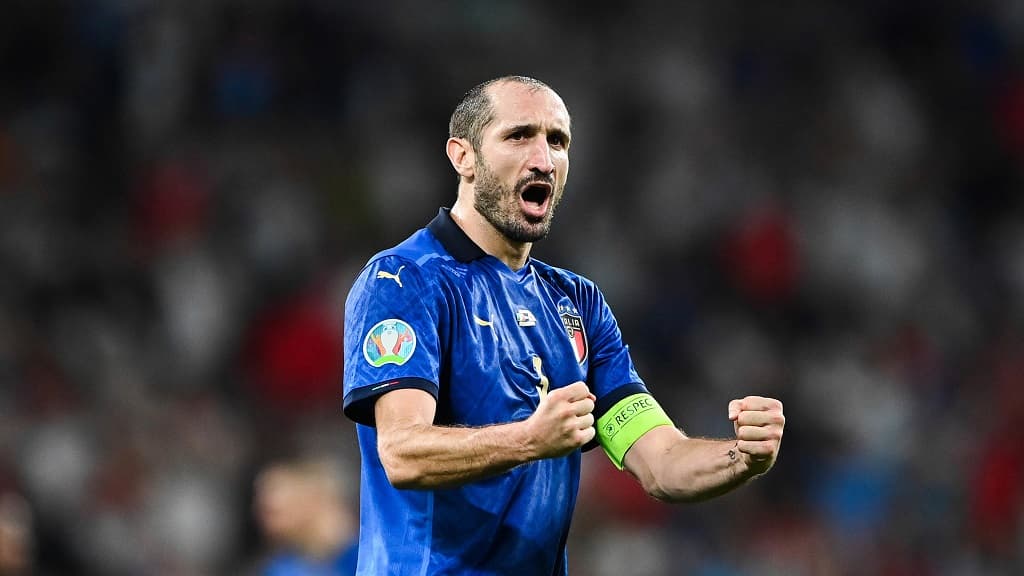 If Giorgio Chiellini was one of the great architects of the triumph at Euro 2021 of Italy of which he is the captain, the 36-year-old central defender, is free from any contract since the expiration of his lease with Juventus June 30.

A glorious present but a fuzzy future for Giorgio Chiellini. Monday, it is with the trophy of Euro 2021 that the Italian central defender returned to his country. Alongside his coach Roberto Mancini, the captain of the Nazionale made a triumphant return to Italy. The day before, he and his Azzurri partners triumphed over England in the final at Wembley, completing a brilliant Euro 2021. With his lifelong accomplice Leonardo Bonucci, Giorgio Chiellini is one of those players who have impressed. Despite the weight of his 36 years, the Juve player has shown unfailing confidence. A success which does not prevent him from being, to this day, a player without a club.

If we talk every day about the future of Lionel Messi (well on his way to extend to Barça), Chiellini is also one of the players free from any contract. With Juve, his club for 16 years, his lease expired on June 30. Like Messi in Catalonia, the trend is more towards an extension. The agent of the central defender says he is “serene” and awaits a sign from the leaders of Juve: “They must first make a proposal, declared Davide Lippi, son of Marcelo Lippi, questioned on the antenna of” Radio Radio “. To date, there are none. We are waiting for Juventus to tell us when we can sit down for a chat.”

According to his agent, Chiellini does not yet consider hanging up his boots because the player, who will be 38 years old in 2022, is aiming for the World Cup in Qatar: “To think that he may be retired is madness, he continues. What feeds Giorgio is passion and we saw at the Euro that it is still just as strong. ” A situation nevertheless surprising which made react the former coach of the Old Lady, Marcelo Lippi: “He was a symbol of Juve for many years. Now we are waiting for a club. He is the only free player of the Italian selection. ” Maybe not for a long time.