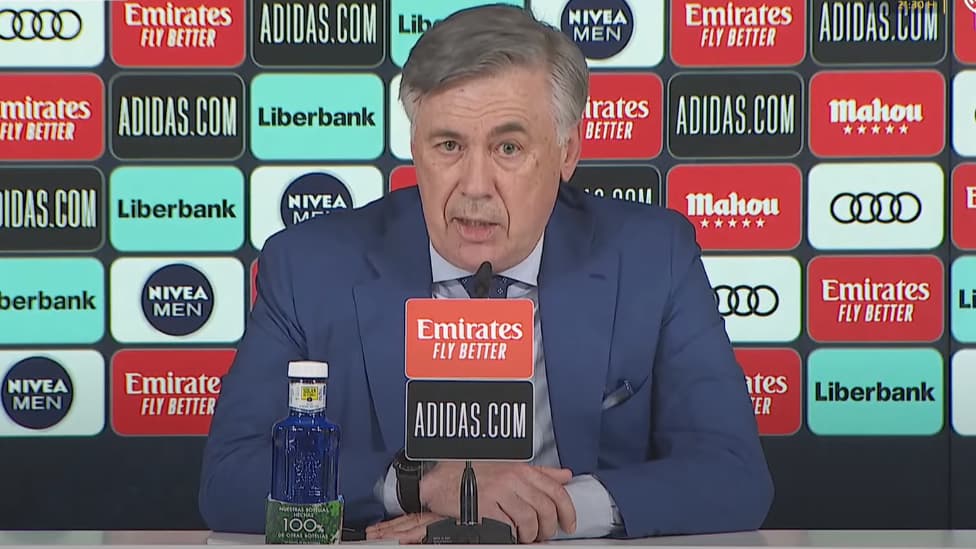 Back at Real Madrid, after leaving Everton, Carlo Ancelotti spoke on Wednesday at a press conference. The opportunity for him to deliver his first cautious answers around the transfer window.

He did not escape questions on the hot issues of the transfer window. The day after his signing for three seasons at the head of Real Madrid, six years after his first stint from 2013 to 2015, Carlo Ancelotti held a press conference. The 61-year-old Italian coach, who has abandoned Everton, has been cautious about the end of Sergio Ramos’ contract, the club’s interest in Kylian Mbappé (hired at PSG until June 2022), the return from loan of Gareth Bale (currently at Tottenham) and the possibility of a comeback of Cristiano Ronaldo.

“Real Madrid, no matter what, will be competitive in all competitions and will do with the best team they can. About Ramos, I just arrived and I need to talk with the club about all of this. We are going to do that. in the next few days. I could not imagine Real Madrid without Ancelotti, and yet it happened (…) I know the players well. I am very happy to be able to work with them again. For the future, we let’s discuss it in the next few days, because we haven’t had time yet “.

“He hasn’t played a lot in the Premier League, but he has scored a lot of goals (11, editor’s note). He’s been very effective in the last few games, when he has had some regular playing time. I know him well. If he has the motivation to play, he can have a great season, I have no doubts.

“I have a lot of affection for Cristiano, but I don’t like to talk about players who are under contract with another club. I can talk about the affection I have for him, the happiness I have at see him so well at Juventus. A journalist asked me if Cristiano was at the end of his career, and I said yes, because he is only scoring 35 goals and slowing his pace. “