"Masomah Ali Zada, candidate for the Games: I want to show that it is normal to ride a bike" 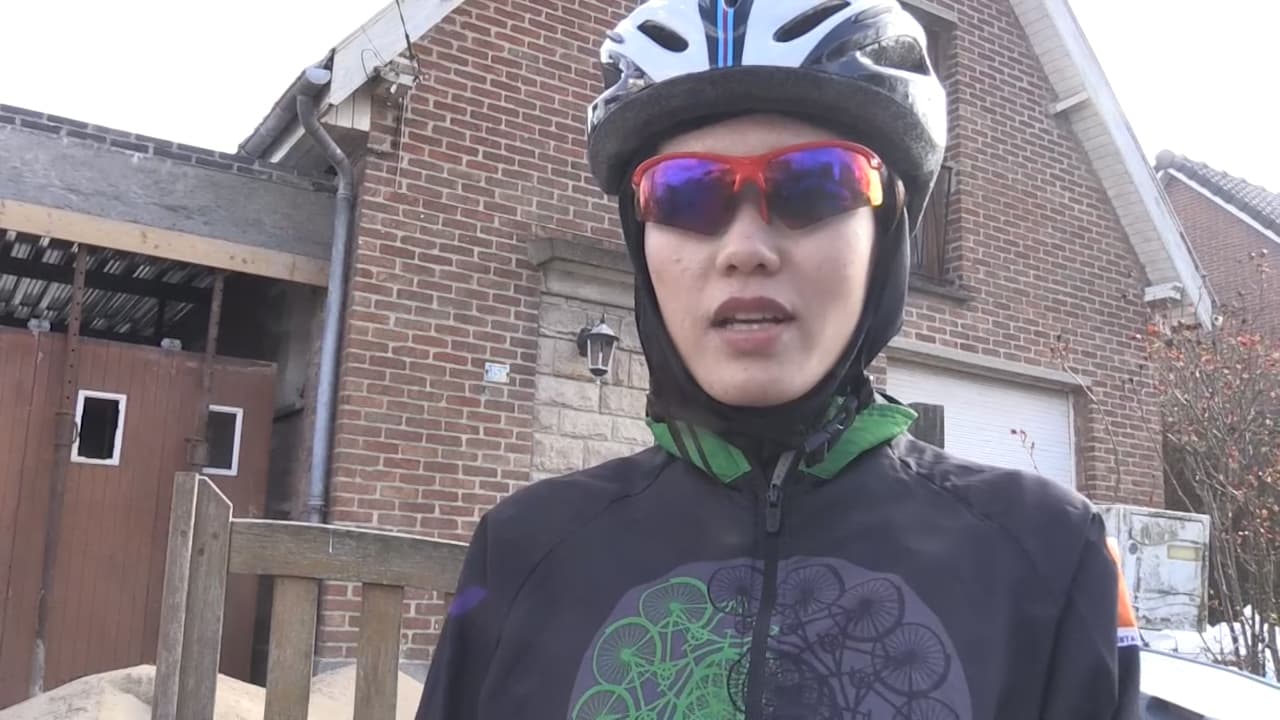 She fled her country, under the terrorist threat of the Taliban and today she can fulfill her dream: to participate in the Olympic Games with the refugee team as a cyclist. At 23, Masomah Ali Zada ​​is the first French refugee to be part of the pre-selection of the International Olympic Committee.

“It is a beautiful memory that I am alive”, it is with these strong words that Masomah sums up his childhood in Afghanistan, between Iran and Pakistan. For many years, the Ali Zada ​​family has lived under the threat of the terrorist attacks of the Taliban: “in Afghanistan we do not know if in an hour or the next day we will be alive. There are attacks everywhere and we never know, we live like this without knowing what’s going to happen. ” Despite this omnipresent danger, Masomah retains only good memories of his childhood country. In her small apartment in the Lille region, where she is studying at the university in civil engineering, large photo albums make her smile by leafing through them: “I love memories, that’s why I have a lot of photos. I have beautiful memories of there, the worst ones too, but especially beautiful ones, like when I was going to school or with friends for birthdays. ” Arrived in France in 2017, she came, with her sister, to Villeneuve d’Ascq, to ​​continue her studies, her parents and her brothers settled in Orléans. “If I manage to get my degree in civil engineering, I would have a simpler life, I could have a job that I like, which interests me”, explains the young woman.

“On the bike we hid that we were girls”

So despite a second year of license not validated last year, Masomah clings. His days are busy, videoconference lessons then head to training. That day, she puts on her favorite outfit, that of her country. A black top in the colors of the Afghan flag and under his helmet a black veil. It was also in Iran, during an exile of almost nine years, that Masomah discovered the bicycle: “I was 7 or 8 years old, it was my father who, my two sisters and I, introduced the cycling. In Iran, it’s a hobby, it’s something you do for pleasure. In this country, cycling is normal. ” Unlike Afghanistan. She was able to join the country’s first national cycling team as soon as she returned from Iran in 2006. “When we were on a bike, we didn’t show that we were girls, we hid our faces, we wore glasses and people thought we were boys, otherwise it was too dangerous. ” Until the day when Thierry Communal, bicycle trainer in France, discovers via a television report, the life of these young Muslim women, the “little Queens of Kabul”, who defy the prohibition at the expense of their lives.

“A second family you can count on”

Thierry decides with his father, a former lawyer, touched by their history, to launch the administrative procedures to welcome the entire Ali Zada ​​family on French soil. A new life that begins in Brittany, in the family house of the Communals. “If Thierry hadn’t been there, it would have been hard but thanks to him and his family we weren’t lost, we know we have a second family on whom we can count.” Very quickly, the idea of ​​the Olympic Games comes to mind of the young woman tells Thierry Communal, become her trainer: “I asked her the question to know what was more important for her, the studies or the Olympics. And she had this Olympic dream. One day I said to myself we are going to write to the international bodies, I thought we were going to have refusals and in the end the doors opened. ” But the Covid-19 epidemic has come to put some sticks in the wheels, fewer competitions and a year more to wait.

“Sportingly, she is not at the level of the best”

We had to adapt, wait, but the cyclist has ambition. For her, qualifying for the Olympics would be a strong message: “It is not only for Afghan women but for all women from all countries who cannot ride a bicycle. I want to show that it is normal to do so. do it and if I can, anyone can. ” Thierry Communal knows it, going to Tokyo will not be to play for the win: “sportingly, she is not at the level of the best but she is aware that now she is a symbol for many people and she wants to be this symbol until at the end and be useful. Going to the Olympics, it’s not just for her, it’s helping a lot of people. ” In her country, Masomah was the best, once in France, as her coach explains: “we had to build everything, she had to learn everything. At the beginning the results were average so we did shorter races and the last year with the Olympics as a goal we went to longer race formats. ” But a few months from the deadline, in the absence of competitions, it is on the roads of Hauts-de-France that Masomah and Thierry prepare, in their corner, the biggest and the most beautiful of the races for this young Afghan.