Manchester United-Roma: the incredible avalanche of wounded Romans in the first period 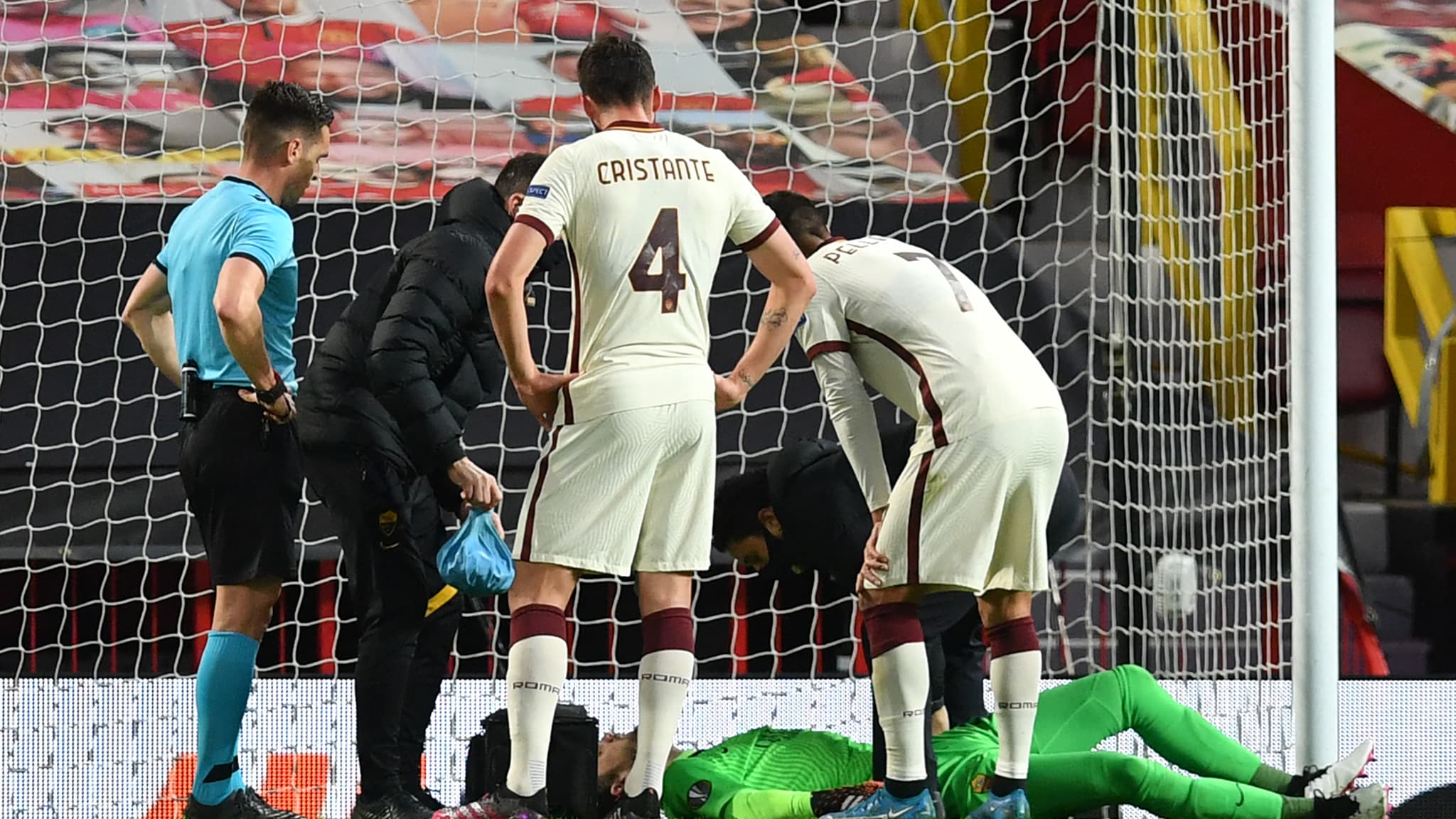 Paulo Fonseca was forced to make three injury substitutions in less than 40 minutes on Thursday in the Europa League semi-final first leg between Manchester United and Roma.

What happened during the warm-up of the Roma players? Three of them, holders this Thursday at Old Trafford for the semi-final first leg of the Europa League against Manchester United, had to leave the pitch due to injury in less than 40 minutes. Pushing Paulo Fonseca to make three changes in the first period.

The hecatomb began in the 3rd minute, with a Jordan Veretout stopped in the middle of the race. If he has tried to return to the field for a while, the French midfielder has finally been replaced by Gonzalo Villar. Moments later, the Red Devils opened the scoring by Bruno Fernandes, on a superb triangle action initiated by Paul Pogba.

In the 26th minute, Pau Lopez remains on the ground: the goalkeeper felt a big pain in the right shoulder on a parry against Pogba and must give up his cage to Antonio Mirante. Ten minutes later, Leonardo Spinazzola comes out, visibly complaining about the thigh. The side is then replaced by Bruno Peres. In the meantime, however, the Romans took the lead on the scoreboard, with a penalty from Pellegrini and a goal from Dzeko.