Manchester United: Maguire’s regrets after his huge failure against Milan 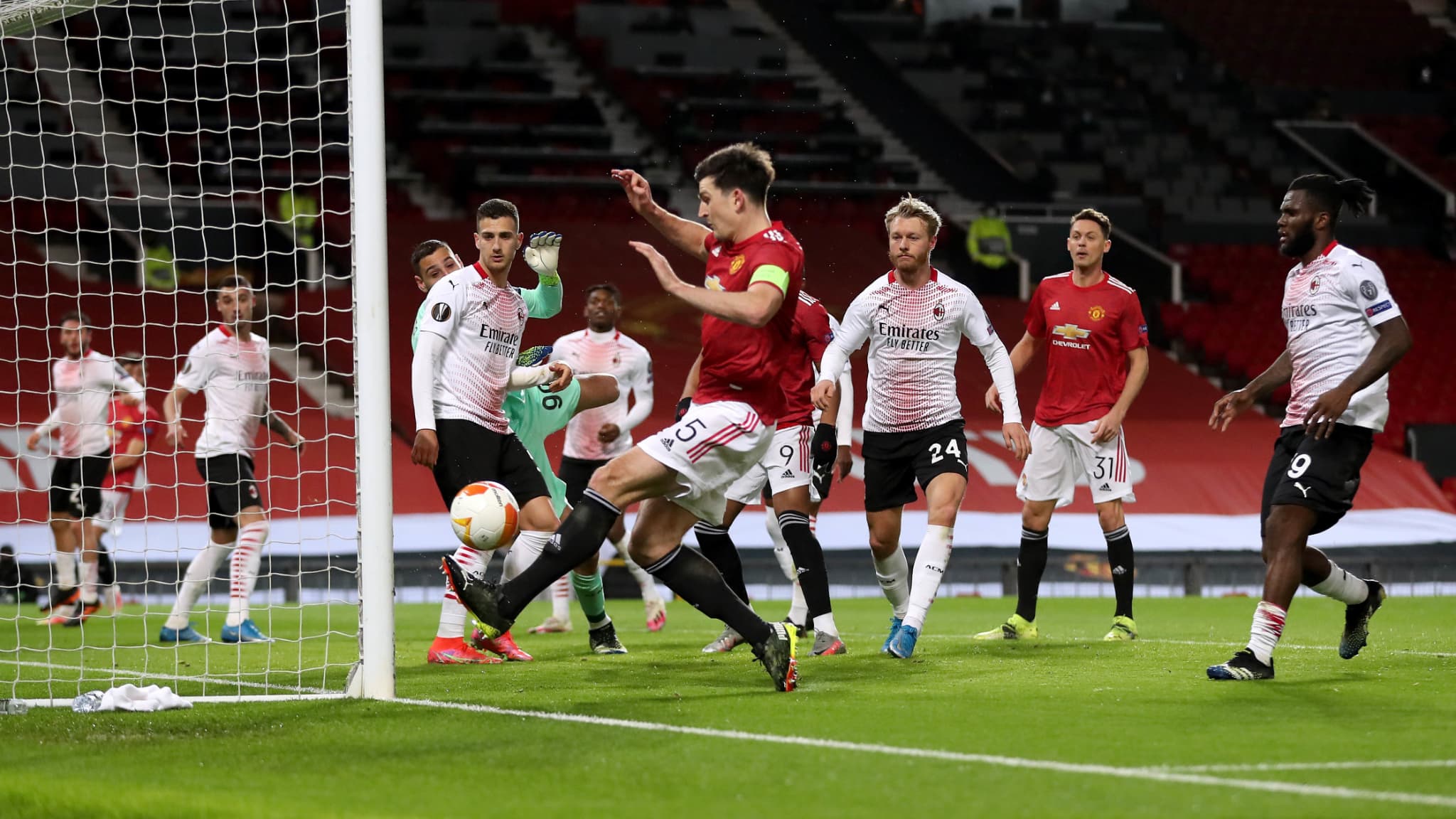 Harry Maguire missed a huge opportunity, one meter from the goal, during Manchester United’s draw against AC Milan (1-1) on Thursday in the first leg of the knockout stages of the Europa League. The English defender then assumed his failure while playing down it.

Not at best against AC Milan, yet deprived of Zlatan Ibrahimovic, Manchester United conceded a draw (1-1) in the round of 16 first leg of the Europa League. A continental duel that could have tipped in favor of the Red Devils without a huge failure from Harry Maguire just before half-time. Alone one meter from the Lombard goals, the Mancunian defender recovered a center of the tibia and his shot hit the post.

Maguire: “I should have scored”

Overall dominated by Milanese in legs but long ineffective, Manchester United led for nearly forty minutes thanks to a goal from promising Amad Diallo (1-0, 50th). Before seeing the former Lille Simon Kjaer equalize in the last moments (1-1, 92nd). What to give birth to regrets in Harry Maguire.

“That’s why I’m a defender and not a striker, continued Harry Maguire, disappointed with his team’s poor performance. I have no excuse and I should have scored.”

In an unfavorable waiver after this draw at Old Trafford, Manchester United will have to sign a big match next Thursday at San Siro (from 9 p.m. on RMC Sport 1). This time, Harry Maguire would be inspired not to miss his recovery one meter from the goal.