Manchester City: Guardiola in tears for the departure of Agüero 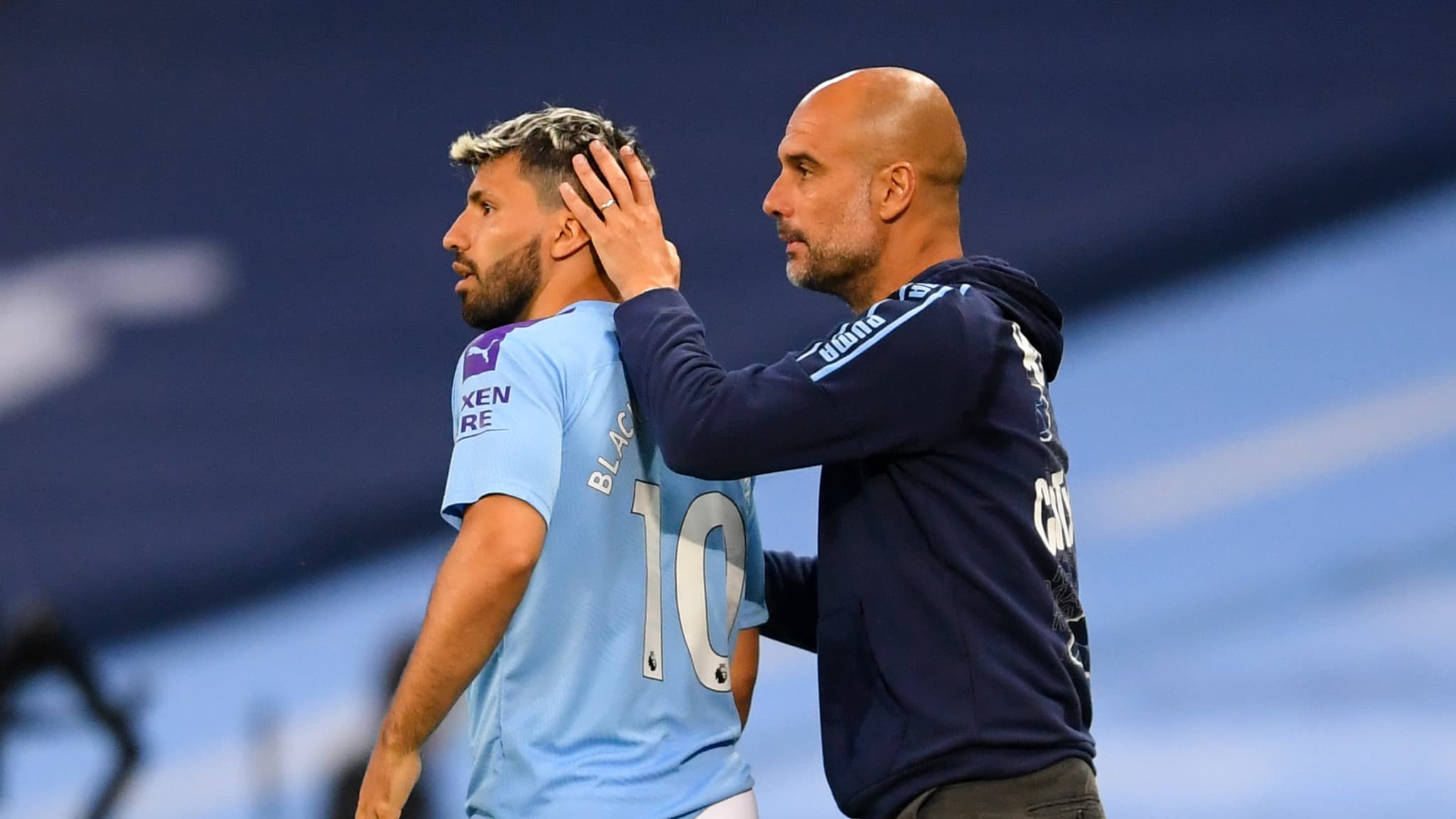 Author of a double Sunday against Everton (2-0), for his penultimate match with Manchester City, Sergio Agüero received a vibrant tribute from Pep Guardiola after the meeting. The Spanish technician burst into tears, praising the human qualities of the Argentine striker.

Sergio Agûero virtually ended a decade-long adventure with Manchester City on Sunday. Arrived in 2011 from Atlético de Madrid, the “Kun” will leave free, at the age of 33, a club where he has become the top scorer in history. And where he won five Premier League trophies, including the first in 2012 where he scored the unforgettable title goal at the last minute of the day.

All that remains is a Champions League final to play, perhaps the club’s first, against Chelsea on May 29. But in front of nearly 10,000 people at the Etihad Stadium this Sunday, Sergio Agüero came into play for 28 minutes. Enough to be the author of a double against Everton (5-0) for his farewell.

“A special person for all of us”

Pep Guardiola will be sorely missed by Sergio Agüero, even though the Argentine striker has lost his starting spot this season. “We love him very much. He is a special person to all of us. He is so kind, Guardiola paid tribute to Agüero, bursting into tears for the occasion. He helped me a lot, he is so good. “

“We will not be able to replace him, also cut short Pep Guardiola about Sergio Agüero. There are so many players who had to leave, like Joe Hart or David Silva too, who have helped this club to be what it is. is.” At the final whistle, a guard of honor was reserved for Sergio Agüero, who brought the number of his achievements with Cityzens to 260.

“It was my last game but I’m happy. I have to thank my teammates who helped me a lot. I’m a striker, my goal is to score goals, and to score twice for my last game, it’s fantastic” , commented Agüero, at the microphone of the main broadcaster of the Premier League.

“When I came here, I didn’t know how it was going to go. The first title was the most important for the club and for me (…) It is not easy to stay ten years in the same club , so for me it was an honor, “he added. In addition to the 5 Premier League, Agüero also won 6 League Cups, 1 FA Cup and 3 Community Shields. Perhaps waiting for a first Champions League, and then a departure to FC Barcelona, ​​where he is announced to meet his friend Lionel Messi.