LOSC: "There is no pressure", loose Galtier in the title race 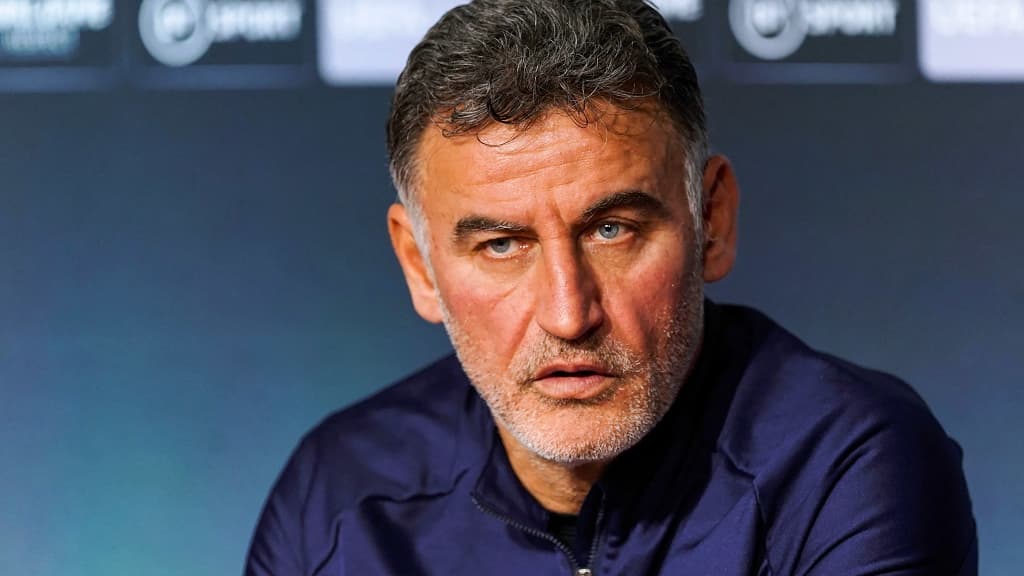 Asked at a press conference on Thursday about the fierce fight in the race for the coronation, Christophe Galtier hinted at the favorite status of Lille, leaders two days away from welcoming Nice (9 p.m.) in a match of the 35th day of the League 1.

We had left him on an improbable roll and an explosion of joy at the final whistle of OL-Lille on Sunday, a crucial duel in the title race finally snatched by the Mastiffs (3-2) at the end of the 34th day of Ligue 1. Present at a press conference four days later, before a new meeting which could be decisive to get the coronation at the end of the season, at home against Nice on Saturday (9 pm), Christophe Galtier tried to release a little pressure on his players, with only four days left to go.

“It is not the hardest that begins, it has been from the beginning. What happens to us is only happiness. We play Saturday at 9 pm, we will do everything to win . But after, there will be the results of each other and there is no pressure, neither from my players, nor from me. We are masters of our destiny. “

Lille are leaders with one point ahead of PSG and two over Monaco, while Lyon seems relatively behind now, six lengths from LOSC. However, ten years after the last, the coach of the Mastiffs still has a hard time talking directly about a possible Lille title at the end of the season – although he mentioned it in a press conference after OL-LOSC.

“Are we favorites? It’s very close, and there is the confrontation between Monaco and Lyon, continues Galtier. We are in front, I do not think that we are the best team but I have a group. extraordinary, with an extraordinary state of mind. (…) Being very honest, and I don’t try to take the pressure off because there isn’t any. (…) Paris is better than us and Monaco, since January 1, is present. We will see the fight that there will be but I cannot say that we are the favorites. Generally, the favorite is the one who has the highest intrinsic value, and that is is Paris. “

And the Lille coach concludes with a picture: “We are in front, the players are holding something and they must do everything not to be taken from them. Like dogs that are these Mastiffs with a bone in their mouth. They l ‘have, no one has to come and take them away. ” Difficult not to see in this nonosse, a first place at the end of the season which extends its arms to him.