The Indian Paper
HomeBusinessLIVE | The latest developments on the coronavirus
Business
May 14, 2021 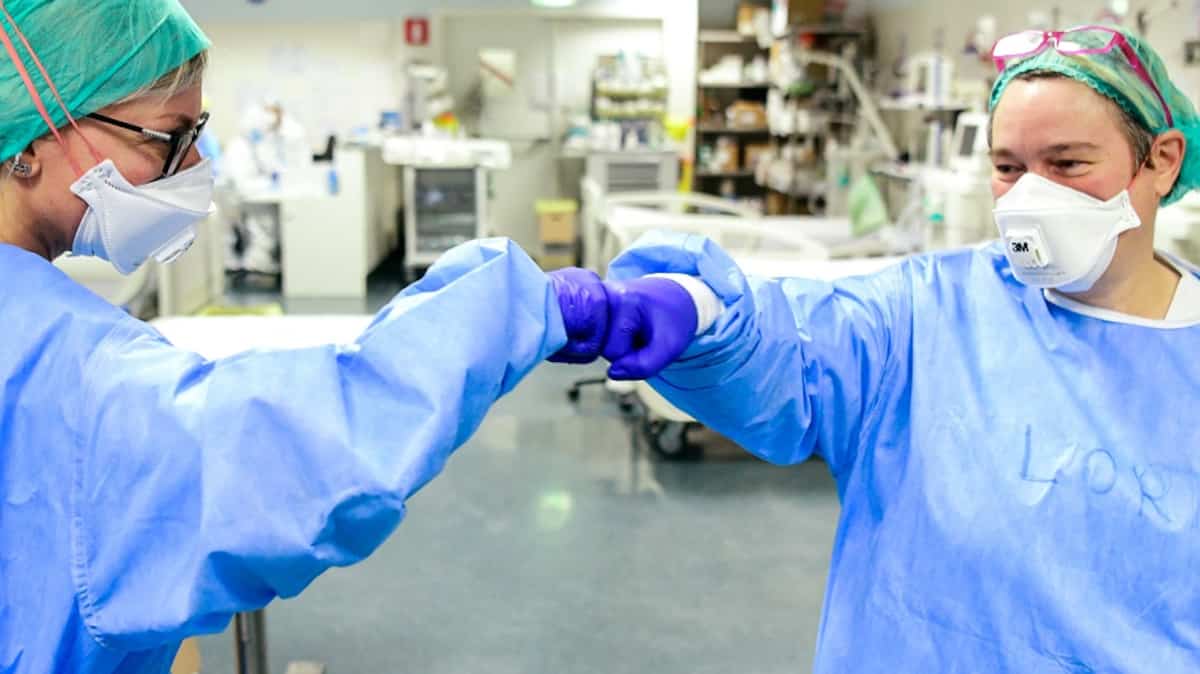 13:12 | Stable in Quebec, increase in hospitalizations in Bas-Saint-Laurent

The COVID-19 situation remains stable in the greater Quebec City region, the Capitale-Nationale recording 70 cases on Friday and Chaudière-Appalaches, 84. On the Bas-Saint-Laurent side, still under surveillance, hospitalizations in intensive care have tripled in 24 hours.

1:05 pm | Pfizer Advances Delivery Schedule For May 22 Long Weekend, To Deliver A Total Of 3.4 Million Doses Next Week Alone

A major outbreak of COVID-19 pushed by the British and Indian variants was declared in the mine from which 36 mining workers arrived at Saint-Hubert airport on Thursday evening.

12:40 | Due to the popularity of walk-in vaccination, 1,000 additional doses will be available on Saturday and another 1,000 doses on Sunday at the Palais des congrès in Monréal

Indoor gatherings and the large-scale return of college and university students could resume in the fall, but only if 75% of the population has received a second dose of the vaccine, Canada’s public health has ruled.

11:51 am | Vaccinated people should wear a mask in areas of high transmission

People vaccinated against COVID-19 should remain in masks in regions with high transmission of the virus, the WHO said on Friday, the day after an American farewell to the mask began.

Tedros Adhanom Ghebreyesus stressed that the way things are going, the second year of the pandemic would be “much more deadly” than the first, during a press briefing.

“I understand why some countries want to vaccinate their children and adolescents, but I ask you to think about giving it up and instead give the vaccines to Covax”, the international system put in place to ensure equitable access to vaccines, said the director General of the WHO.

10:28 am | Second year of pandemic on course to be deadlier than first, WHO says

The second year of the pandemic is poised to kill more people than last year, WHO warned on Friday as several countries glimpse hope for a more normal life while others, such as the India remains in the throes of a devastating epidemic outbreak.

The COVID-19 pandemic has killed at least 3.3 million people worldwide since the end of December 2019 and the appearance of variants as well as the uneven progress of vaccination campaigns depending on the country continue to worry.

10:18 am | Toronto extends cancellation of festivals and major events

The City of Toronto has made the decision to cancel all festivals and other large public gatherings until September 6, with a view to continuing to slow the spread of COVID-19.

This is what the administration of Mayor John Tory said on Friday, while saying he understood the importance of these events “for the vitality, quality of life and prosperity of Toronto”.

10:14 am | Indian variant: fears and many questions

Now detected in at least 44 countries, the Indian variant of the coronavirus, partly linked to the explosion of the epidemic in India, has been worrying for several weeks, but its effects in terms of transmission and dangerousness are still very poorly understood.

First spotted in October 2020 in India, it was classified this week by the World Health Organization (WHO) as a “variant of concern”, joining in this highest category the British, South African and Brazilian variants. .

9:35 am | Vaccine proof: 84,000 people have already downloaded their QR code, sent to people vaccinated since yesterday

Since yesterday, people can receive their proof of vaccination electronically.

Public Health is continuing its intensive work on the potential use of electronic evidence. The technical tool is ready. pic.twitter.com/ZEcDpztF6C

7:55 am | Another record day of vaccination in Quebec

Youth week continues to go well: among 25-29s, 50% have been vaccinated or taken an appointment.

It is this morning that we officially open to the last group, the 18+. Please tell the difference 👉https: //t.co/vtohYHD7kw pic.twitter.com/08vCgWSMzK

7:50 am | Covid at its highest in Moscow since January

The number of coronavirus infections has jumped to its highest since January in Moscow, according to statistics released on Friday, amid a disappointing vaccination campaign and tight health restrictions.

7:46 am | New deceleration of the pandemic in the world this week

The coronavirus pandemic has decelerated for the second week in a row around the world, mainly in the United States, Europe and the Middle East: here are the significant weekly developments, taken from an AFP database.

5:41 am | Japan: expanded state of emergency in the face of the pandemic, ten weeks from the Tokyo Olympics

Japan on Friday extended its state of emergency, already in place in six departments, to three additional departments in the face of the resurgence of the pandemic, just ten weeks before the opening of the Tokyo Olympics.

5:07 am | Answers to some questions about AstraZeneca

Quebec’s decision to no longer offer the AstraZeneca vaccine as a first dose will force many Quebecers who have already received an injection to make a decision for the second dose.

4:12 am | London maintains its deconfinement plan despite a surge of the Indian variant

The British government confirmed Friday to implement the next stage of its deconfinement plan Monday, despite a worrying surge of the Indian variant in England where an accelerated screening campaign was launched.

Singapore announced a series of restrictions on Friday aimed at curbing a recent spike in COVID-19 cases in the city-state which, for months, saw virtually no cases of local contamination.