Ligue 1: without trembling, Monaco sinks Dijon and remains on the podium 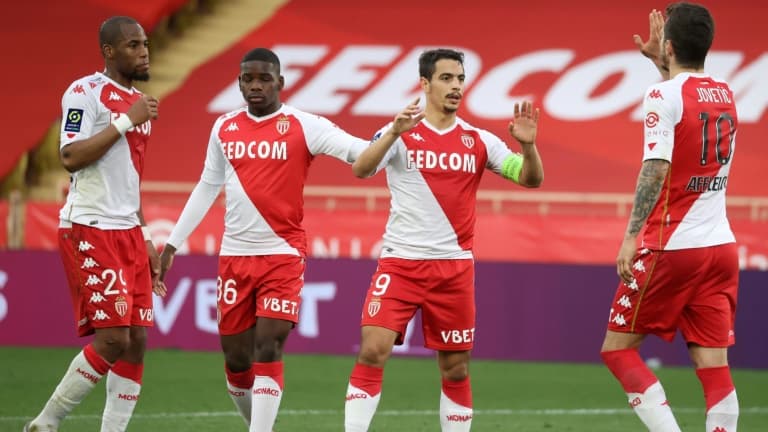 Thanks to Stevan Jovetic and a brace from Wissam Ben Yedder, who was still a substitute at kick-off, Monaco secured against Dijon this Sunday (3-0) and remains in the title race.

Monaco consolidated its 3rd place in Ligue 1 on Sunday with efficiency regained in the second half against Dijon (3-0), a red lantern which has a historic twelfth consecutive defeat in the top flight.

Stevan Jovetic and Wissam Ben Yedder, respectively holder and substitute at the start of the match for the third consecutive time in the league, gave victory to Monaco. With 65 points, ASM remains one unit from PSG and four from the Lille leader.

The specter of Ligue 2 is however more pressing on the side of Dijon which is 15 points behind the current barrage Nîmes, six days from the end. Since January 24 (1-1 against Strasbourg), David Linarès’ men have been stuck in a series of 12 straight defeats, as much as the historic record for CA Paris, 1933-34 season.

Without his best striker of the season, Kevin Volland (14 goals and 7 assists in L1), victim of bronchitis, coach Niko Kovac decided to start with a training capable of responding to the physical impact of a Dijon team at bay in 2021 and decided not to lose.

Captain Ben Yedder therefore started on the bench. And to accompany Jovetic in front, the Diop-Golovin-Aguilar trident looked more like a defensive wall than a real offensive support.

Of course, the Monegasque offensive animation was complicated throughout the first period. The distant strikes of Fofana (8th), Golovin (10th and 31st), like the projection of Jovetic (27th), systematically found the good goalkeeper Saturnin Allagbé.

And when Aurélien Tchouaméni tried a nice chisel from the left on a free kick from Djibril Sidibé, he did not frame (42nd).

Dijon, which has always conceded at least one goal in every L1 game since January 9, offered a solid defensive performance in the first period. On the other hand, she even got the best opportunity. But Benjamin Lecomte kicked off the attempt of Mama Baldé, who had just passed Sidibé (38th).

To win, Monaco had to do much better. At the break, Kovac therefore brought in Cesc Fabregas and Ben Yedder, in place of Ruben Aguilar and Sofiane Diop.

The impact was immediate. On the right side, Golovin, sharper than Aguilar, gave Ben Yedder in the box after being shifted by Fabregas. Cut by Bruno Ecuele Manga, the French international got a penalty (48th).

For the second time out of 9 attempts, “WBY” missed the exercise. But after a good save by Allagbé, Jovetic followed and unblocked the situation by scoring his 5th goal in L1 (1-0, 49th).

From then on, Dijon had to attack to meet its objective. Baldé, alone in front of Lecomte, had the opportunity to equalize, but did not frame.

Under its conditions, Monaco knows how to punish. The high recovery of the ball benefited Golovin who threw Ben Yedder. This time, the old Sevillian did not miss the mark. With a subtle flick, he offered himself a 16th goal in L1.

Then a 17th, at the very end of the game (3-0, 89th). After Fouad Chafik’s foul on Fodé Ballo-Touré, he did not hesitate to attempt the whistled penalty again. And to mark it without trembling. Like Monaco, still in the race for a qualification in C1.