Ligue 1: three games of suspension for Sylla after his sole on the face of Ripart 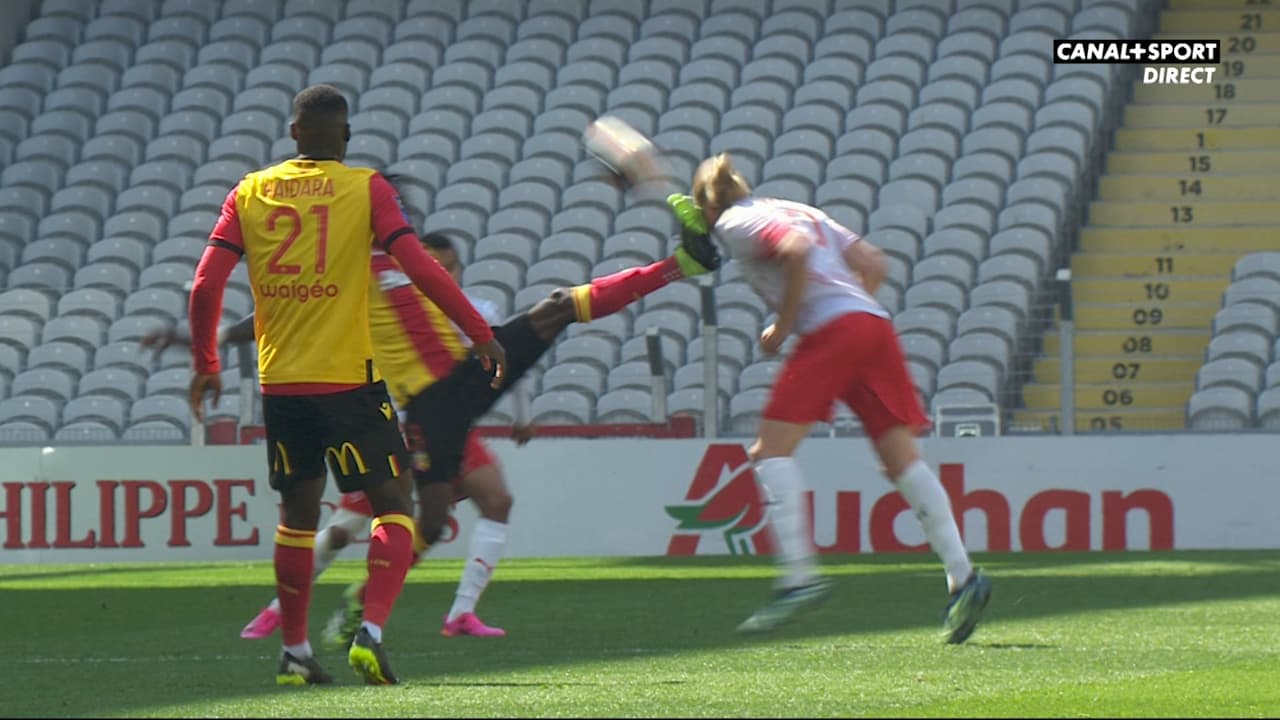 Author of a sole on the face of Nîmes Renaud Ripart on Sunday, Issiaga Sylla (Lens) was suspended three matches firmly by the disciplinary committee. Kylian Mbappé will be deprived of Rennes-PSG (J36) for accumulation of boxes.

Expelled for a kick in the face on Renaud Ripart during Lens-Nîmes (2-1) on Sunday, Issiaga Sylla will not return to the field until the 38th and final day. The Lensois side was suspended three games firmly by the disciplinary committee of the LFP on Wednesday.

Ripart had posted a photo of his face, barred with six stitches and purplish, near his left eye. The Nîmes striker had given up his place in the 28th minute. While Lens is still fighting for a European qualification, Sylla will therefore miss the matches against PSG, Lille and Bordeaux.

Also excluded this weekend, after two yellow cards, Wout Faes was suspended for a match and will be absent during the trip from Reims to Nîmes. Warned for protest against Metz (3-1), Kylian Mbappé also receives a suspension match.

The PSG winger received his third yellow card in a period including 10 official meetings. The sanction will take effect on May 4, so Mbappé will not miss the match against Lens on Saturday, but the trip to Rennes on May 9, just like Eduardo Camavinga on the Breton side.

Leader of Ligue 1, LOSC will have to do without Benjamin André for the derby in Lens. But Burak Yilmaz, warned Sunday after removing his jersey on the victorious goal of Lille, will not be suspended. If he has accumulated three yellow cards in his last ten matches with the Mastiffs, this period does not correspond to the last ten matches of the northern club.