Ligue 1: no cluster identified after the title celebrations in Lille 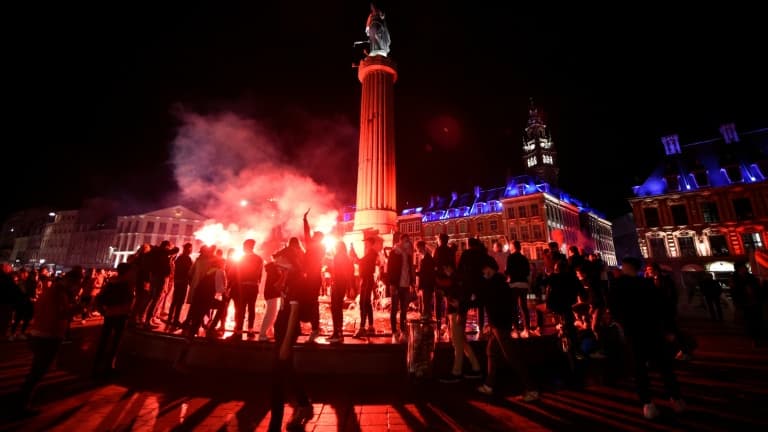 The Regional Health Agency announced this Friday that it had not detected a source of contamination with the coronavirus after the celebrations of the title of champion of France in Lille, at the end of May.

The health authorities have not “identified” any outbreaks of Covid-19 contamination following the gatherings of thousands of people in the streets and squares of downtown Lille, who came to celebrate the victory of the LOSC in Ligue 1, a indicated this Friday the Regional Health Agency.

“We did not identify a cluster following this event,” the Hauts-de-France ARS told AFP. In the Lille metropolis, “there has been no change in the trend of the incidence rate which has continued to decline” after these gatherings, according to Public Health France.

The Mastiff fans had braved the curfew by the thousands on the evening of Sunday, May 24 to celebrate their club’s fourth title. The next day, hundreds had reached the city center at the end of the morning, then in the beginning of the afternoon, they had gathered along the route of more than three kilometers of the double-decker bus of the players. Some supporters wore a mask, but there was actually no physical distance within the crowd.

Several health service managers, in particular Professors Philippe Amouyel and Philippe Froguel, reacted in the regional daily Voix du Nord, believing that the festivities should have been better supervised and reduced by the authorities.

The ARS had also recommended to the thousands of supporters who had participated in these celebrations to “reduce their contacts” in the following days and “do a preventive test” for contamination with Covid-19.