Ligue 1: injured, fatigue … the impact of the international break on the title race 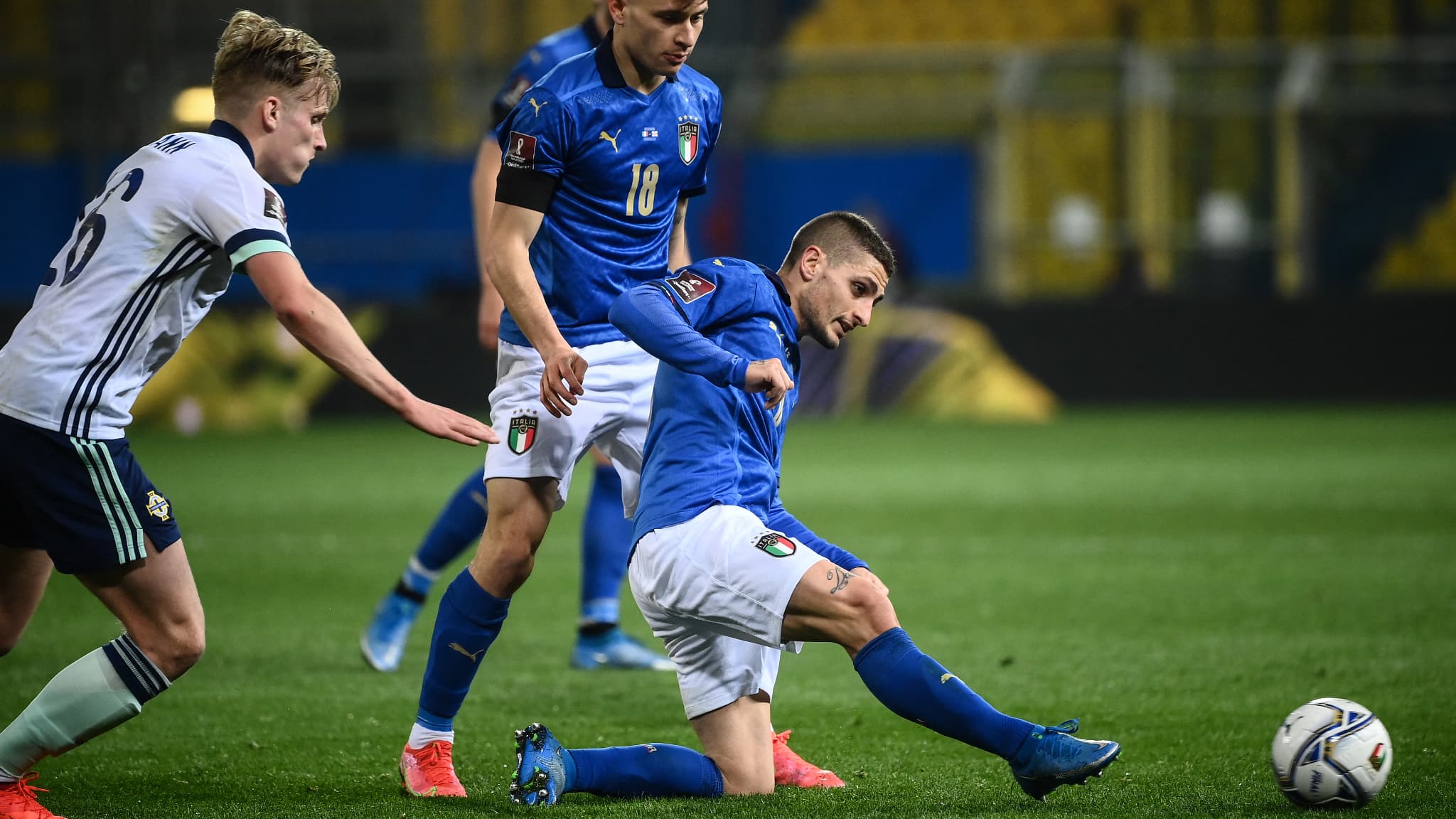 The international break was not easy for many players engaged in the title race in Ligue 1 which combines PSG, Lille, OL and Monaco. If some have been full of confidence in the selection, others have accused the blow physically.

For some Ligue 1 players, the international truce which has just ended has badly carried its name. Instead of taking a breather in a busy schedule, they sometimes had to deal with long trips and three-game marathons in a few days. What to mark a little more organizations already put to the test since the beginning of the season. Which could have an impact in the title race. Eight days from the end, this fight still concerns four clubs: PSG and Lille, which each have 63 points, Lyon which follows at three lengths, and Monaco, on the lookout at the foot of the podium. Not everyone has lived the same way in the last few days.

In the Parisian ranks, this truce did some damage. Holder with Italy against Northern Ireland (2-0) and Bulgaria (2-0), as part of the qualifications for the 2022 World Cup, Marco Verratti returned prematurely to France after being injured in a thigh. While waiting to know the result of his exams, “Little Owl” is very uncertain for the shock of the 31st day against Lille, Saturday, at the Parc des Princes. Danilo Pereira also came back diminished. Touched in the calf, the Portuguese midfielder could not face Luxembourg (3-1) on Tuesday. Mauricio Pochettino could decide to preserve it against the Mastiffs. On the other hand, he should be able to count on Moise Kean, who had been released last week by the Italian selection due to a “state of fatigue”.

Tested positive for the coronavirus at the beginning of March, he had returned to competition against Lille in the Coupe de France (3-0), before moving on to Lyon (4-2). Alessandro Florenzi, he played two convincing matches with the Nazionale before withdrawing in turn, also for fatigue, and returning to Paris. Keylor Navas (Costa Rica), Presnel Kimpembe (France), Abdou Diallo (Senegal), Idrissa Gueye (Senegal), Colin Dagba (French Hopes) and Mitchel Bakker (Dutch Hopes) were also called upon. But not as much as Kylian Mbappé. The world champion, almost never left to rest, started the Blues meetings against Ukraine (1-1) and Bosnia-Herzegovina (1-0). We must not forget either his half hour played in Kazakhstan (2-0), with in passing a missed penalty.

Depay and Yilmaz in high demand

All competitions, club and national, it is already more than 40 games this season. The management of its form by the Parisian staff will be very important for the final sprint. Among the Lyonnais, Memphis Depay did not have time to breathe either. In the span of a week, he played three times: 90 minutes, 89 minutes and another 90 minutes, for a total of 269 minutes. With the key a double against Gibraltar (7-0). At a press conference this Thursday, Rudi Garcia let it be known that he had sought to anticipate this sequence of close matches by leaving Depay even before the hour mark during the Parisian defeat against PSG (4-2), at a when the score was 4-0 in favor of the visitors.

He had the same thought for Jason Denayer, who came out before the end of the match at Groupama Stadium and who has since played three games with Belgium. Without hurting himself, unlike Djamel Benlamri, hamstring hit with Algeria. His compatriot Islam Slimani was full of confidence by signing a brace in the Fennecs’ draw in Zambia (3-3). Anthony Lopes (Portugal), Léo Dubois (France) and Rayan Cherki (French U19) were also in selection. Co-leader of Ligue 1, only beaten by PSG on goal difference, Lille saw several of its elements leave the North during this truce. Some shone like Yusuf Yazici, very visible, and Burak Yilmaz, author of four goals in three appearances for Turkey. What reassure his club and his coach on his physical condition, he who had missed two months of competition in early 2021 because of a calf injury.

Bad news, however, for Christophe Galtier: his right side Mehmet Zeki Çelik tested positive for coronavirus in selection, as reported by La Voix du Nord. Mike Maignan (France), Tiago Djalo (Portuguese Hopes), Domagoj Bradaric (Croatian Hopes), Sven Botman (Netherlands), José Fonte (Portugal), Renato Sanches (Portugal), Boubakary Soumaré (French Hopes) or Isaac Lihadji (French U20) have found the LOSC without a physical glitch. Conversely, Monaco is worried about Aurélien Tchouaméni. Hit in the right ankle on an ugly sole, the former Bordeaux player came out very early in the Bleuets victory against Iceland (2-0) on Wednesday at the Euro Espoirs. “Aurélien is suspended (Saturday against Metz) but we will see, we do not yet know the severity of his injury. We will see all this, we will know more by tomorrow (Friday)”, simply indicated Niko Kovac on Thursday .

Undisputed holder, Tchouaméni is an essential part of the ASM, fourth in Ligue 1 in a role of hunter. Kovac can however be reassured about Aleksandr Golovin. If he came out early in the second half against Slovenia (2-1) on Saturday, raising fears of a possible relapse, his Russian midfielder was on the ground three days later to face Slovakia (1-2). Kovac had also spoken with Russian coach Stanislav Tchertchessov about Golovin, who can be as strong as he is physically fragile. “We talked about Golo’s situation because he was injured this season. Everyone needs points, it’s not easy. The games are linked, but we have to be careful. ‘everyone’s state of fatigue, “said the Monegasque coach, necessarily delighted with the fine form displayed by Stevan Jovetic, who scored three times with Montenegro.

Wissam Ben Yedder, he was only entitled to 32 minutes with the France team. Too little to hope to put an end to its famine, which has been stretching since mid-February. But it will be at least physically fresh for the reception of Messins this weekend.