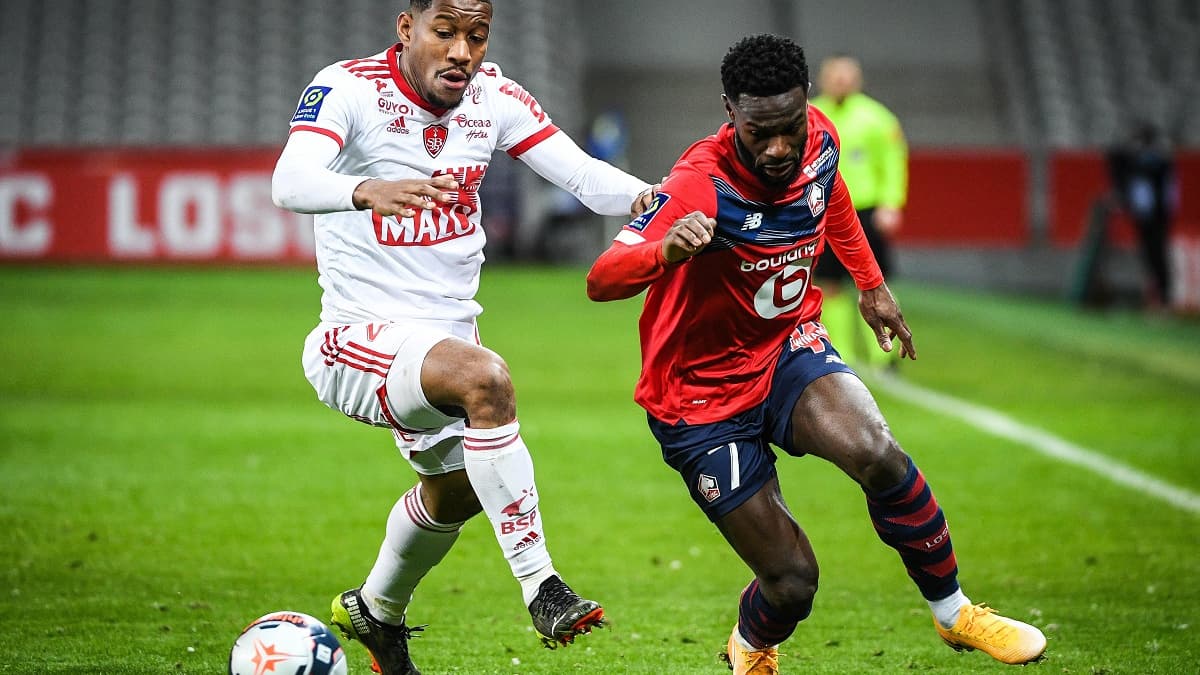 Powerless against Brest (0-0) this Sunday at home, with no shot on target (out of 14 attempted), during the 25th day, LOSC remains leader of Ligue 1 but found itself trapped in the standings by PSG.

The beautiful operation of this 25th day, it is for PSG. Given the posters that were on offer, one could legitimately think that the positions in the standings would be frozen at the end of this weekend. On the contrary, they have tightened. And Lille but especially Lyon lost big in the title race, leaving the capital club to come between them at the start of the home straight. In the aftermath of the surprise defeat of the Lyonnais at home, against Montpellier (1-2), Lille did not manage to get rid of the Stade Brestois, which stood up to the leader of the French championship (0-0), at the stadium Pierre-Mauroy.

Of course, Lille retains its throne and remains the only leader with a point ahead of its closest pursuer, but PSG, winner at the start of the 25th day, is the big winner. After dominating in the first period without however managing to frame one of his four shots, the LOSC increased the pressure in the Brest camp. Jonathan David, the man in good form on the Lille side, thought of offering his team a sluggish success shortly after the hour mark (68th), but the Canadian was finally refused his goal for a hand fault by José Fonte , the Portuguese defender.

Lille pushed very hard at the end of the match, the corners followed one another (9 in total for Lille in this match), but Brest was not more worried, Christophe Galtier’s men having finally never managed to frame the less shot (out of 14 attempts), a sign that the Mastiffs have been muzzled by lucid Brestois in difficulty. After six consecutive successes in the French championship, Lille is slowed down at the worst of times, as an important week in the European Cup looms with the reception of Ajax Amsterdam in the Europa League (next Thursday at 9 p.m., on RMC Sport ).