Ligue 1: Galtier will not be OL’s next coach 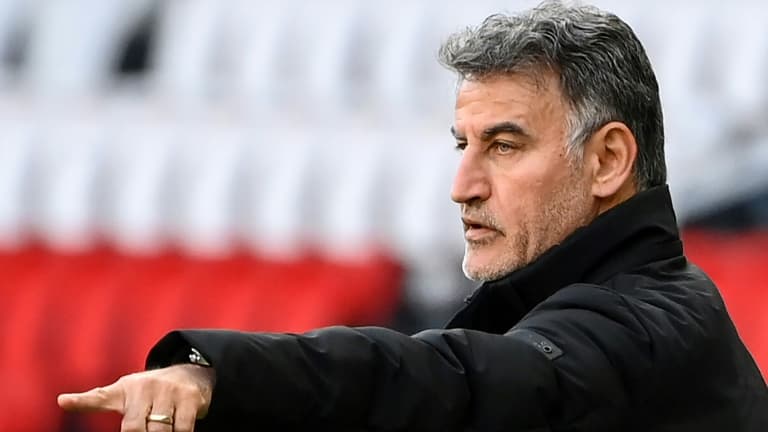 Info RMC Sport – Christophe Galtier, who has just left Lille on a French league title, will not be OL’s next coach. This does not automatically mean that the French technician will engage with Nice.

The hours after the title obtained with Lille have therefore borne fruit. Christophe Galtier has chosen. Or rather, he knows where he won’t go. He will not be the coach of OL when the professional group returns, indicates a source close to the entourage of the former Lille coach.

But this news does not imply that he will sign in Nice, the second track he has in hand. He will make his decision by June 1 for his future. It seems indeed that new suitors have emerged in recent hours. It is the end (Lyon) of a long suspense and process as explained by a source close to the file. But nothing filters on the reasons which explain this refusal.

In hectic hours between the title festivities Monday in Lille, his trip to Lyon on Tuesday then his interview with the Lyon leaders until late at night, the hours to think about to weigh the pros and cons with other arguments in the hands other contenders: “I am in full reflection and it is only happiness”, he simply slipped in an exchange with RMC Sport Wednesday morning, at the exit of the hotel where he had spent the night in the company of his counsel, Régine, his wife, and her son, John.

Wednesday was then the day of all speculation; and on the OL side, that of all expectations. At the beginning of the evening, the Lyon leaders, who believed according to corroborating sources that “everything had gone well during the interview on Tuesday evening, and that the file was tied at 85%”, had lost hope. And even the wire since no contact was possible. Christophe Galtier was during this time to discuss with the leaders of Nice, with whom he had made good progress on a future collaboration.

A three-year contract awaited him

At the start of Thursday, after extensive discussions with his relatives, the trend was to an advantage for OL where a three-year contract awaited him with four assistants that he took with him. And then, as Thursday unfolded, impatience gained the ranks of OL. And the answer fell in the middle of the afternoon: Galtier will not come to Lyon. His entourage explains to RMC Sport that he himself warned President Jean Michel Aulas.

OL must now start from zero while the club, which finished fourth in Ligue 1, had initially bet everything on this issue: Christophe Galtier was indeed the plan A (and alone?) Of OL where he had been much desired by OL for many years: Ligue 1: why the link between OL and Galtier is very strong (The Indian Paper.com)

OL must completely rebuild their staff since all of their components are at the end of their contract in June 2021. Rudi Garcia is officially “not a candidate for his own succession” as he said on Sunday evening; Gérald Baticle having taken the head of the SCO of Angers and Christophe Revel, the coach of the goalkeepers already replaced: as announced by RMC Sport on Sunday, Rémy Vercoutre will indeed integrate the staff. The ex-goalkeeper of OL, stationed at “CF Montreal”, ex-Montreal Impact had already been approached a year ago at the departure of Grégory Coupet in Dijon; but he had not been selected, Christophe Revel signing for a year. Rémy Vercoutre had already initialed his contract, ten days ago before the appointment of the main coach according to a process wanted by Juninho, the sporting director. The Brazilian asked Anthony Lopes for a list of coaches with whom he would like to work, Rémy Vercoutre was at the top of the list.

Claudio Caçapa, returned to the club in January 2016 alongside Bruno Genesio, should be the only “historic” of the former staff to remain in place. But with who? This is the question now occupying the chronicle of Lyon. Preparation for the 2021-2022 season will begin on July 1 before an internship in Spain.