Ligue 1: crazy atmosphere in Lille before the departure of the players for Angers 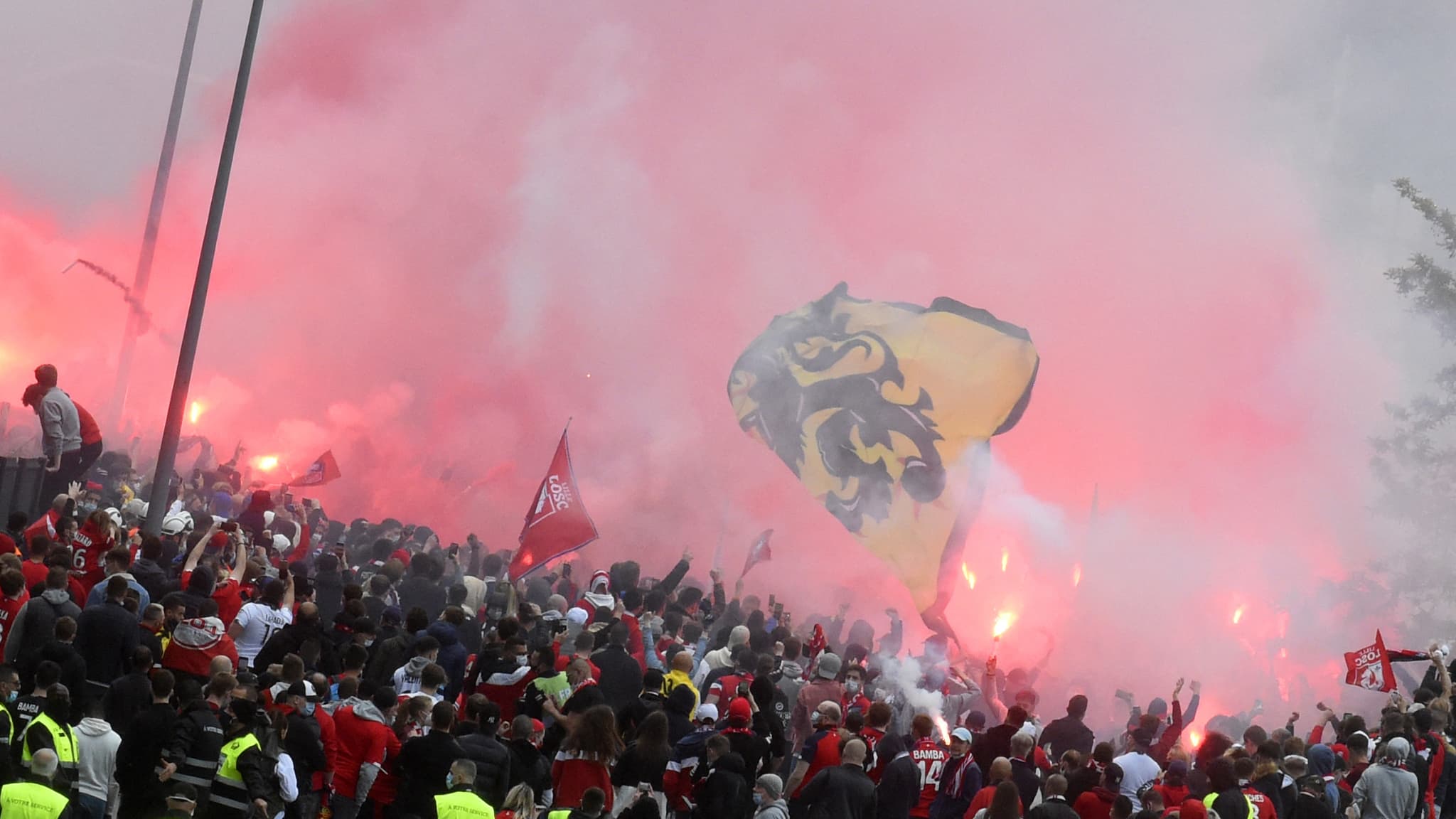 At the initiative of several groups of LOSC supporters, several hundred people gathered this Saturday at Lille-Lesquin airport to encourage their players one last time. Christophe Galtier’s men go to Angers and will, in case of victory on Sunday (9 p.m.), be crowned champions of France.

Last encouragement before the delivery, Sunday evening around 11 pm? In any case, this is what LOSC supporters are hoping for, who gathered this Saturday at Lille-Lesquin airport. An improvised gathering – which was initially to take place at the Pierre-Mauroy stadium – to support their players one last time before a very important trip to Angers: in the event of victory for Christophe Galtier’s men, the Mastiffs would win their fourth title of champion of France.

The North is ready to catch fire. Already seen last week for the last Lille home match against Saint-Etienne (0-0), the enthusiasm of LOSC supporters has moved to the south-east of the city, in the airport parking lot. of Lille-Lesquin. Hundreds of people raised their voices, brandished scarves, cracked smoke (also) as the club bus passed by which took Burak Yilmaz and his partners to their plane to Angers. Support marks to accompany them to the home stretch of this Ligue 1 2020-2021 edition.

And popular fervor did not stop at the northern borders since groups of supporters have already planned to be at the players’ hotel on Sunday, on the initiative of the Mastiffs of the West.