Kisan agitation kills: half of business affected by supply affected, from grocery to auto parts 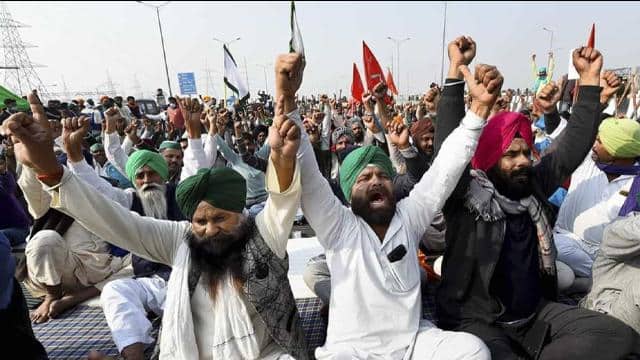 The peasant movement has had an impact on the Kashmiri Gate auto parts market. Auto parts business has fallen by 50 per cent due to decrease in customer numbers, stocks have come down. According to Vinay Narang, general secretary of the Kashmiri Gate Orts Traders Association Apama, customers from Punjab, Himachal, Jammu and Kashmir and Haryana are not reaching the market due to the movement. According to Apama General Secretary Vinay Narang, parts of tractors are made in Ludhiana, Jaladhar, Mohali, Phagwara in Punjab. There has been a decrease in incoming parts due to the movement. Stocks have also decreased. As a result, prices have risen by up to 20 per cent.

It is the winter season. There is a problem with the hosiery coming from Ludhiana. As a result, the arrival of hosiery garments has fallen by 50 per cent. This business has been affected. According to Ashok Randhawa, president of Sarojini Nagar Mini Market Association, there was better business during the Diwali season, but due to the agitation, there is no stock, nor customers are reaching. The market is widely affected. Prices are still stable.

The farmer movement has also had an impact on the grocery business. Many of the grocery products are not coming in from Punjab, Haryana, Himachal and Jammu and Kashmir due to the roads closed due to the movement. Many incoming traders are having trouble sending them from Delhi to these states. Due to this, business has been affected up to 40%. According to the Delhi Grocery Committee Chairman Vijay Gupta Bunty, pulses and spices are supplied to these states from Delhi, while rice comes from there. Supply-inward has been disrupted due to the movement.

The hardware business has also been affected. If the stock has decreased, the business has been reduced by 30 per cent. According to Rajendra Sharma, president of the Iron and Hardware Merchant Association, a large number of hardware items come from Punjab, Haryana. This includes agricultural equipment, nut bolts, and wood and hardware items. The hardware business of Delhi extends to Rajasthan, MP, Uttar Pradesh. We are not able to supply many items even though it is the season. Customers are not coming from the affected states due to the movement.

Impact on hotel business too

Due to the farmers’ movement, the hotel business in Delhi has cooled down. According to Saurabh Chhabra, General Secretary of Delhi Hotel Association and Paharganj Guest House and Hotel Federation, the hotel business has already gone into a downturn, in such a cold season the business was expected to return to the track, but due to the road jam, the business has been cold. . We had received bookings for tourists visiting Kashmir, Himachal, who stop here and proceed, but those tourists are stuck in Delhi due to road jams, many of which have returned. The booking which was done for the coming days is being canceled.