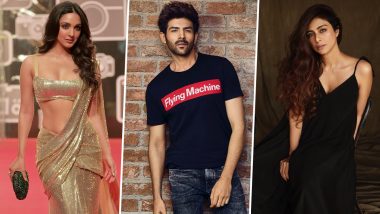 Bollywood’s dashing actor Kartik Aaryan, while giving information on social media, said that he has come to Kovid-19 (COVID-19) positive. The actor, while reporting that his corona was infected, appealed to the fans to pray for him. Now according to the latest media report, due to Kartik being Kovid-19 positive, shooting of his film ‘Bhool Bhulaiya 2’ (Bhool Bhulaiyya 2) has also been stopped.

According to an E-Times report, after Karthik’s corona has been infected, all members of the cast and crew are now being tested for corona. Actress Kiara Advani and Tabbu will also have to do Kovid-19 testing. Reported that Karthik was shooting for his film till yesterday. A lab technician has been called to conduct the testing of director Anees Bazmee and others.

Tabu and Kiara will also undergo this test. Tabu was shooting with Karthik while Kiara did not shoot. Many actors including Sanjay Mishra, Rajpal Yadav, Milind Gunaji, Rajesh Sharma are present in this film.

Significantly, before this, Kiara Advani narrowly escaped being infected. The Corona report of his co-stars Varun Dhawan and Neetu Singh came positive from his film ‘Jag Jag Jio’. Now fans are waiting for their latest Kovid-19 report.