Jofra Archer advised, if fans are not in the stadium, then use this type of music 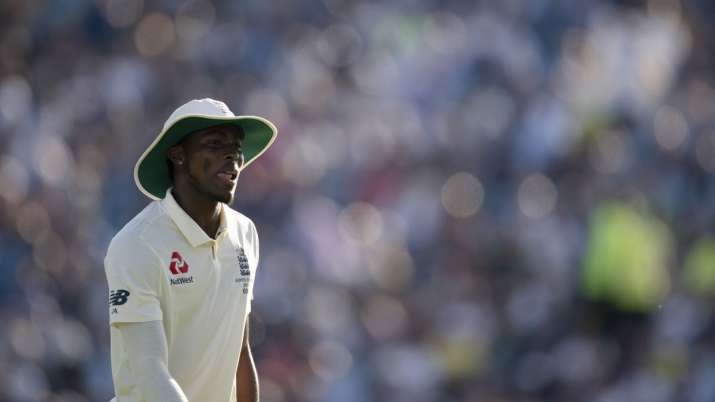 London | In the wake of Corona epidemic, the ICC has expressed the idea of ​​having matches without fans in the midst of cricket’s comeback. Since then, all cricket pundits, giants and players are putting their own views on it. Recently, Team India captain Virat Kohli also asked to play cricket without fans, that in such a way magical moments will not be seen in the match. At the same time, another player has been added to England fast bowler Jofra Archer in this episode. Who have given very interesting suggestions. Archer believes that the use of music by his voices and applause to inspire in the field without fans will be fantastic.

Archer wrote in his column in the English newspaper Daily Mail, “Yes, it would be quite difficult to play in empty stadiums, but I think it is necessary to start because we cannot check every single spectator on the field. “

See also  Since that incident, Kohli hasn't ever slapped me once more: Imrul Kayes

He wrote, “However, there is a side that we can sort out later. I think this is one of those things that we don’t know of its importance until it’s gone. Will understand what the supporters mean to us. “

Archer, who was part of England’s ICC World Cup 2019 team, has suggested an idea to help the players in the empty stadiums. He said that speakers can be used to make the crowd feel and an atmosphere can be created whose players are like that.

Archer wrote, “It will take us time to get accustomed to playing in a completely quiet environment. So I think that some music can be created through the speakers, through some music, the sound of a fake crowd.”

“If we play in empty stadiums, it can be an option to clap when fours, sixes and wickets fall,” he said.

The right-arm fast bowler wrote, “Some small things can make Mahoula as normal as possible, although it will not be like a normal environment but it can achieve that level where I can do something else instead of just playing Ignore it. “

LondonOffensive all-rounder Ben Stokes and pacer Jofra Archer were on Thursday included in the 16-man squad for England for the...

Stokes told the secret of his success, know what he said about IPL

new DelhiEngland veteran all-rounder Ben Stokes said that he is never happy with his performance so that there is a...

Picture Source - TheVerge Google had been planning to unveil new options coming in Android 11 on June third, but...