Italy: Verratti believed to relive the nightmare of 2016 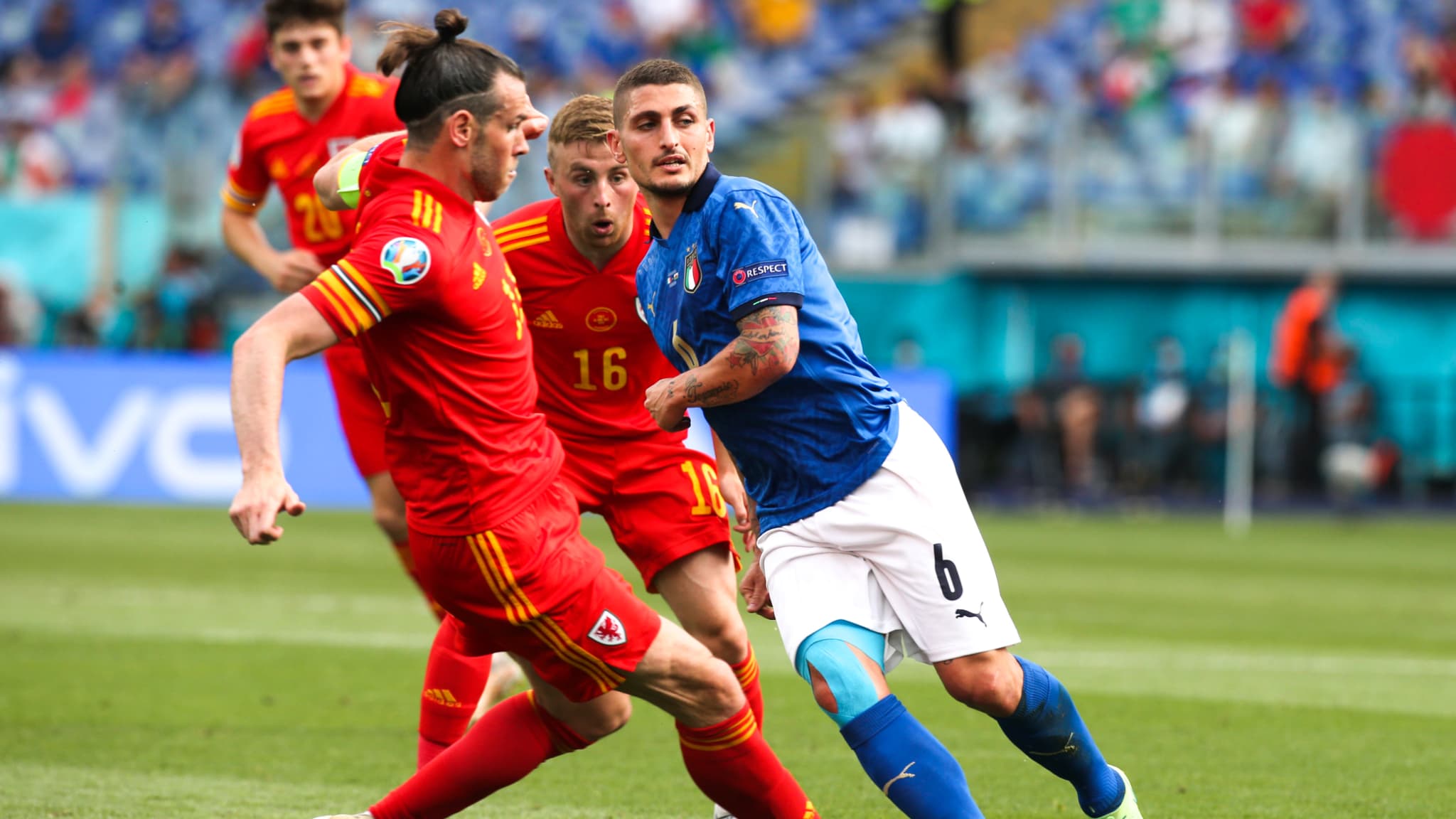 Marco Verratti (28) played the first match of his career in a Euro, Sunday in the victory of Italy against Wales (1-0). Injured, he nevertheless believed he had to give up again but thanked PSG and the Italian staff for their confidence.

Marco Verratti (28) finally played a Euro match with Italy on Sunday against Wales (1-0). Package in 2016, he believed to relive the same scenario for the 2021 edition after an injury to the right knee contracted in training with PSG in early May. He was finally selected by Roberto Mancini, the Italian coach. A winning bet since the midfielder, absent in the first two games, has regained his place in the midfield against the Welsh. And the Italian captain shone with figures and extraordinary activity. A release after hitting rock bottom.

“I thought I couldn’t do it”

“During the first five days (after his injury, editor’s note), I thought I would not make it, said Verratti, Sunday. I injured myself in a strange way. I had nothing to lose, j I tried to work two or three times a day to be there. I went through the same thing, the same nightmare as in 2016, missing the Euro is difficult. But now I’m happy to be back. I have to thank PSG and Mancini who waited for me. “

Without him in the first two games, Manuel Locatelli, his replacement, shone, offering a puzzle to Mancini. But Verratti says he is ready to accept competition. “In the national team, I will also be on the bench, we the twenty-six called must be proud to represent a country and millions of people, he assured. We are all equal, the coach makes his choices and those who play give their best. Mancini must be calm because it will never be a problem to be on the bench or in the stands. I will always give my life, playing a minute or a hundred. ‘Italy, we cannot be selfish. “

>> All the Euro info LIVE

By winning its three victories, Italy signed a full card and secured the first place in the group. She is now waiting for the name of her opponent who will be Ukraine or Austria. The two teams face each other this Monday (6 p.m.). A draw is enough for the Ukrainians while a victory would give Austria second place.