LOC: Only Robert Lewandowski does it better than Kylian Mbappe!

Israel-Hamas Ceasefire: ceasefire imposed on Gaza Strip, learn why tension was caused all over the world for this small piece of land 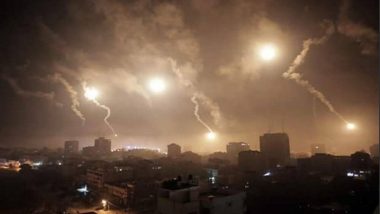 New Delhi: The 11-day conflict between Israel and Hamas in Gaza ended in the early hours of today. The Israeli security cabinet has approved a ceasefire in the Gaza Strip. With this, the most fierce struggle in decades there is ending. The Israeli Security Cabinet said that the initiative of the Mediator Egypt was unanimously agreed in favor of a bilateral and unconditional ceasefire. Israel-Palestine Conflict: Congress request, India show more commitment to reduce conflict between Israel and Palestine

The progress comes a day after US President Joe Biden’s request to end the fight with Israeli Prime Minister Benjamin Netanyahu and Egypt, Qatar, United Nations. Hamas official told the media that the ceasefire has come to an end with mutual consent.

Ceasefire brought opportunity for progress between both sides – Biden

On this initiative, UN Secretary General Antonio Guterres said that after 11 days of deadly hostility, I welcome a ceasefire between Gaza and Israel. He said that I express my deepest condolences to the victims of violence and their families. At the same time, he praised Egypt and Qatar, which helped to restore peace in Gaza and Israel.

In Gaza, health officials said that more than 1900 airstrikes were carried out in the fighting that started on 10 May. Of these, 240 Palestinian civilians, including 65 children and 39 women, have been killed. Officials said 12 people have died in Israel. Hundreds of people injured in rocket attacks are being treated.

When did the dispute start

Significantly, the fight between Israel and Hamas started when Hamas fired long-range rockets at Jerusalem. Earlier, there was a clash between the Palestinian protesters and the Israeli police at the Al-Aqsa Mosque. In the wake of the rocket attack, Israel launched hundreds of air strikes targeting Hamas. It is being told that in this war, Hamas fired thousands of rockets at Israel. There are reports of more than 240 people killed and huge destruction in the war.