Iran welcomed the sign of reconciliation of Saudi Arabia 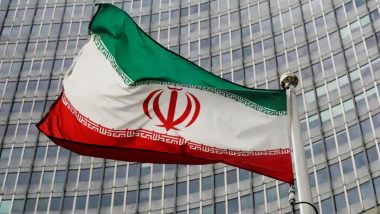 Tehran, 30 April: The Foreign Ministry of Iran said on Thursday that it had welcomed signs of reconciliation coming from Saudi Arabia and hoped to put an end to its political differences at the same time. The DPA report said that according to the ISNA news agency, the ministry spokesman said that both Iran and Saudi Arabia have their own importance in the Islamic world. With these two cooperation, peace and stability can come in the area.

Saudi Crown Prince Mohammed bin Salman also said in relation to Iran this week that “Iran is ultimately our neighbor. We hope that our relationship with Iran is better and more special. They have made a difference in their country.” He said on the television channel, “We want the relationship between us to be prosperous.” Saudi’s interest is in Iran’s interest and Saudi’s interest is in Iran’s interest. ” Also read: America White House: US will deploy additional forces in Afghanistan for military security

Please tell that while Saudi Arabia is a Sunni country, Iran is a Shia country. Due to this, it becomes a cause of confrontation between the two. Both now resolve their decades-old political and economic rivalry through indirect warfare in Yemen, Syria and other states. However, there are now signs of reconciliation between these two. Earlier this month, there were reports that Saudi and Iranian officials held talks in Baghdad and after this the Crown Prince’s statement about Iran has also come to light.