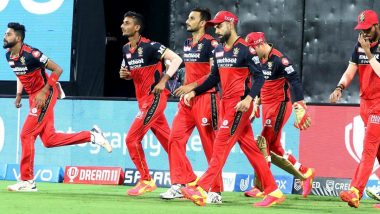 IPL 2021: The first match of IPL 2021 was played on 9 April between Mumbai Indians and Royal Challengers Bangalore at Wankhede Stadium in Mumbai (Mumbai). In this match, 30-year-old Haryana player Harshal Patel, bowling well for RCB, achieved five successes, spending just 27 runs in his four-over spell. In front of Patel’s dangerous bowling, Mumbai’s last overs were shattered like a leaf of the result, that after losing the toss and batting first, Mumbai could only score 159 runs at the loss of nine wickets in the scheduled overs, after which the target was Chasing Bangalore, the team achieved this goal at the loss of eight wickets in the last ball.

During a virtual press conference after the match, Harshal Patel said that when he was ignored by many teams in IPL 2018, he was surprised. They felt it was an insult to me. Patel said that he felt that if he works on his batting then people will show more interest in him and he can become a valuable player.

Also read- IPL: These 4 players have scored centuries as captain in IPL, Indian players have dominated in this list.

Apart from this, he said, batting is such a thing in which I have always performed better. Although I did not focus much on it. I will try to score runs in difficult conditions and can prove myself as a great all-rounder.

Talk about Harshal Patel’s IPL career, he has taken 53 wickets at an average of 26.4 in 48 innings while playing 50 matches in this prestigious tournament of the country. His best bowling performance in the IPL is five wickets, costing 27 runs. Apart from this, he has scored 132 runs in 22 innings of the same match in batting.