IPL: These 3 players have made fastest half-century for Delhi Capitals 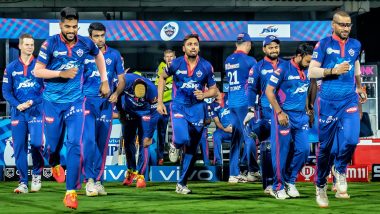 New Delhi, 30 April The thrill of the 14th season of the Indian Premier League is now speaking to the heads of the people. The 25th match of this season was played on Thursday between Delhi Capitals and Kolkata Knight Riders in Ahmedabad on Thursday. In this match, Delhi’s 21-year-old opener Prithvi Shaw batted explosively and produced the fastest FIFTY of this season so far. Apart from this, he also set a record for fast FIFTY for Delhi. Talk about the three players who have scored the fastest half-centuries for Delhi Capitals so far in IPL history, their names are as follows-

The record of setting the fastest half-century for Delhi in IPL history is recorded in the name of African all-rounder Chris Morris. In 2016, Morris had completed a half-century in just 17 balls, batting explosively against the Gujarat Lions. Morris scored 82 runs in this match, batting brilliantly.

The third big name in this list comes from former captain of Delhi Capitals Virender Sehwag. Sehwag scored a half-century in just 20 balls against Rajasthan Royals for the team in 2012. In this match, Sehwag was dismissed after playing a 73-run Atishi innings. During this time, 12 fours and a six came out of his bat.

Also read- IPL 2021: If Australian players return home, then these 3 teams will be the biggest losers

Talk about Virender Sehwag’s IPL career, he has scored 2728 runs at an average of 27.6 in 104 innings while playing 104 matches in this prestigious tournament of the country. He has two centuries and 16 half-centuries in the IPL. Apart from this, he has also taken six wickets in 16 innings in the IPL.