IPL 2021: Devdutt Padikkal became Corona positive before IPL, this player can get a chance in the playing eleven from RCB 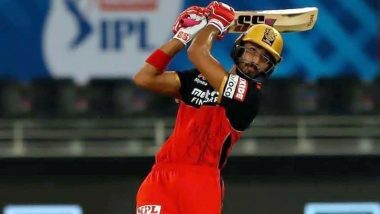 Mumbai: The Indian Premier League will begin on 9 April. The first match will be played between Mumbai Indians and Royal Challengers Banglore in Chennai. As the IPL is getting closer, the teams are getting jerked. Coronavirus has disturbed all the teams. Talking about, Royal Challengers Bangalore have confirmed their opener Devdutt Padikkal is infected with corona. RCB gave this information on Twitter on Sunday evening. IPL 2021: RCB batsman Devdutt Padikkal became Corona positive, BCCI’s big statement about IPL, said- match will be played in Mumbai

Please tell that RCB has suffered a major setback due to Devdutt Padyakkal being corona positive. Padikkal’s performance in the last IPL was very good and he scored 473 runs in 15 matches. In the last IPL, Padikkal had scored more than Virat Kohli. It included five half-centuries.

After Padikkal is out, these three players can give RCB a chance in their playing eleven.

He made his place in RCB after performing brilliantly in the Syed Mushtaq Trophy. This opener scored 214 runs in 5 matches for Kerala at an average of 194.54. RCB can give chance to Azharuddin instead of Padikkal.

The New Zealand opener has performed well recently. In such a situation, RCB can give a chance to Finn Allen. Finn Allen recently scored a brilliant 71 off 29 balls against Bangladesh. Finn Allen also has a good chance.

The Madhya Pradesh batsman surprised people with his performance in the home series. In the Syed Mushtaq Trophy, Rajat confirmed his place in the RCB team by playing 2 half-centuries in 5 matches and innings of 90 runs in one match. This 27 year old batsman can also get a chance.

RCB’s difficulties have increased. Virat Kohli and team management have to decide who will give them a chance. RCB would like that Padikkal join the team soon after recovering and like the previous season, this season too, the magic of his bat is shown, in such a way, Padikkal has very little time left.