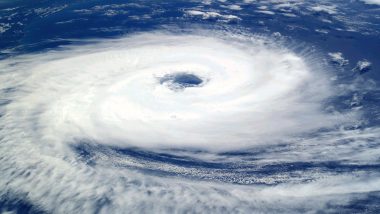 Jakarta, April 10: The world has not yet recovered from the Corona epidemic that the Cyclonic Storm has caused a different problem. In Indonesia’s eastern Nusa Tenggara province, the death toll due to floods and landslides caused by cyclone Seroja has increased to 167 and 45 people are still missing. According to the report of the news agency Xinhua, the head of the agency Doni Monadre said, 165 people died in East Nusa Tenggara province, while two others were from West Nusa Tenggara.

In addition to 45 people still missing, eight are seriously injured, while 148 suffered minor injuries, Monadre told a press conference late Friday. He said that 17,834 people have been displaced in this accident, 160 public facilities have been affected and three villages are still submerged. This havoc of nature has severely damaged 2,786 houses in East Nusa Tenggara, less damage to 213 houses and mild damage to 6,185 houses, while 380 homes in West Nusa Tenggara have suffered significant damage. At the same time, 2,176 houses suffered less damage and 2,777 were lightly damaged. Also Read: Indonesia Flood: Death toll due to floods in Indonesia rises to 138

Monadre said that the Ministry of Health has sent several medical personnel, including orthopedists and anesthetists, to the affected areas.

Since 2008, Saroja is the 10th cyclone in Indonesia, but this time due to landslides it has seen its worst effect. At present, Cyclone Saroja may have moved away from Indonesia, but its impact will be felt in several provinces in the southern part of the country for the next few days.