Sydney
The 25-member team of India, led by captain Virat Kohli, arrived here on Thursday for a two-month tour of Australia where they would have to stay on the quarantine for 14 days in the outskirts of the city but would be allowed to practice in the meantime . Australian stars playing in the Indian Premier League (IPL) along with the Indian team like David Warner, Steve Smith, Pat Cummins etc. also arrived here in the afternoon. The New South Wales government has allowed the Indian team to practice during the two-week quarantine.

The Indian team will practice at the Blacktown International Sports Park, which is designed as a bio-safe venue. Captain Kohli will return home due to the birth of his first child after the night Test match on the first day in Adelaide, from 17 to 21 December.

According to the report of the Daily Telegraph, they will be taken special care during the quarantine. The Indian team will stay at the Pullman Hotel for the next two weeks. Previously the New South Wales rugby team also stayed here. She has now moved to another hotel.

Also Read  Virat playing on Anushka's advice? This appeal of sharing the joy of being a daughter
Related Articles

According to the Telegraph, the hotel authorities gave the Indian captain a special penthouse suite to stay where Australian rugby legend Brad Fitler normally stays. The New South Wales government has allowed a limited number of families and the family of the players must follow the Quarantine rules.

The Australian cricketer, who returned from the UAE after the IPL, will however join the national team camp from 22 November. They will practice separately. The limited-overs series between India and Australia will be played in Sydney and Canberra from 27 November. The Indian cricketer will wear dark blue jerseys for the first time during the limited overs series in this tour, which will have multiple colored stripes on the shoulders. The Indian team wore a similar jersey during the 1992 World Cup. 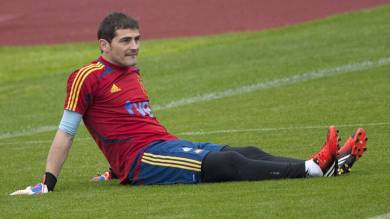