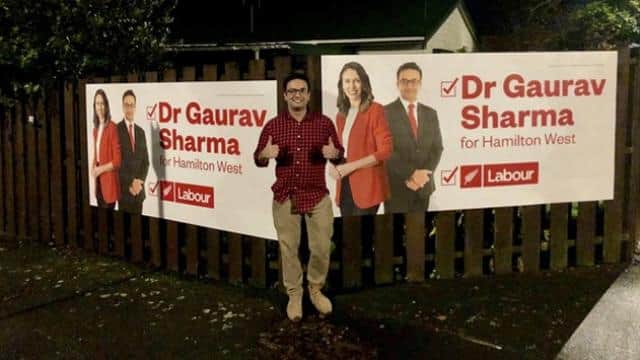 New Zealand MP Dr. Gaurav Sharma made history on Wednesday. He has become the first MP of Indian origin to be sworn in Sanskrit on foreign soil. Dr. Sharma, a native of Himachal Pradesh, has recently been elected an MP from the Labor Party in the elections held in New Zealand.

During the swearing-in of New Zealand Parliament, Gaurav Sharma said, “I swear Gaurav Sharma that I will be faithful and have true allegiance to Her Majesty Queen Elizabeth II and her successors. So may God help me. ”

“One of the youngest MPs and recently elected Gaurav Sharma was sworn in today,” High Commissioner Muktesh Pardeshi based in New Zealand and Samoa said. Sworn first in the native Maori language of New Zealand and then in Sanskrit. He has respected the culture and tradition of both the countries. ”

In response to a question asked not to take oath in Hindi, Dr. Sharma said, “To be honest, I thought about it. But then there was the question of doing it in Pahari and Punjabi. It is difficult to keep everyone happy. Sanskrit is important because it is an honor for all Indian languages. ”

In the profession, Dr. Sharma defeated Tim’s Makindob in Hamilton West by 4,386 votes. Earlier, he also contested elections in 2017 but did not get success. She is the second Nata of Indian origin who is sworn in Sanskrit. Chandrikaprasad Santokhi, who took office in July 2016 this year, was also sworn in Sanskrit.