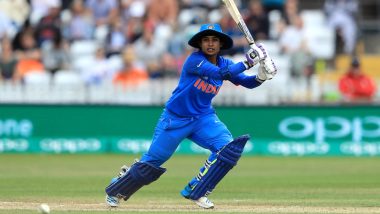 One day captain Mithali Raj of the Indian women’s cricket team has taken another record in her name. Mithali has become the first Indian and the second female cricketer in the world to complete 10,000 runs in women’s international cricket. 38-year-old Mithali Raj set this record during the third ODI against South Africa at the Atal Bihari Bajpai Ekana Stadium in Lucknow. Mithali Raj: In international cricket, after Sachin Tendulkar, this player became the second player to do this feat.

India’s star player Mithali needed 85 runs to complete 10,000 runs. In the first ODI played with South Africa, he scored an innings of 50 runs. Then in the second ODI, Mithali did not get a chance to bat. While in the third match, he achieved this feat. Mithali Raj is the first woman player of India who has made a record of scoring more than 2 thousand runs in T20 International cricket as well.

Mithali Raj made her international debut against Ireland in 1999. Charlotte Edwards has 309 matches to his name. Mithali has played 10 Tests, 211 ODIs and 82 T20s. Mithali also holds the record for the highest number of 210 ODIs in the world. She is the only female cricketer to have played more than 200 ODIs. Apart from Mithali, Jhulan Goswami (183), Anjum Chopra (127), Amita Sharma (116) and Harmanpreet (100) have played matches.