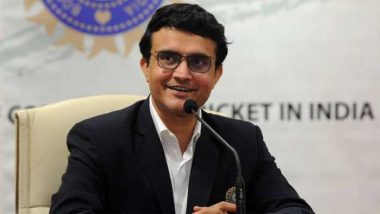 The Indian team’s tour of Sri Lanka has been announced. Team India will play three ODIs and three T20 matches on this tour. Giving information about this, Cricket Board of India (BCCI) President Sourav Ganguly on Sunday said that the Indian team will visit Sri Lanka for the limited overs series in July without the top players. In the series, captain Virat Kohli, limited overs vice-captain Rohit Sharma will not be part of it as they will be preparing for the five-match Test series against England at that time. Ganguly said, “We have planned a limited-overs series for the senior men’s team in the month of July, where they will play T20 Internationals and ODIs in Sri Lanka.”

The Indian team will start their tour from July 13. After this, the second ODI match will be played on 16 July and the third ODI on 19 July. After the ODI series, the T20 series will be organized. The series will be played from July 22 to 27. For the information, let us know that the squad of the Indian team has not been announced for this series at the moment. Also read: IPL: These players will not be seen when IPL resumes, the board gave a big statement

Chahar-Teotia will have a golden opportunity

On this tour, the team will get a chance to experiment. For the leg-spin, Rahul Chahar or Rahul Tewatia can be tested as an alternative to Yuzvendra Chahal. Apart from this, left-arm fast bowler Chetan Sakaria can also be tried on this tour. In the list of batsmen, the availability of players like Devdutt Padikkal and Shreyas Iyer will be based on their fitness. Would like to tell, just before this tour, India has to play the final of the World Test Championship against New Zealand. This final match will be played in England. Apart from this, after the tour of Sri Lanka, India has to play a series of five Test matches from England to England itself.