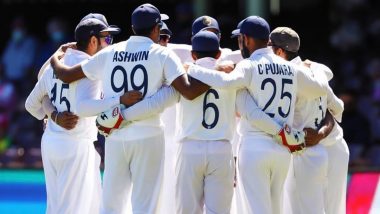 Chennai, 12 February: India, led by captain Virat Kohli, will look to retain their hopes of making it to the finals of the World Test Championship by winning the second Test match against England at MA Chidambaram Stadium here on Saturday. . India had to face a big defeat of 227 runs in the first Test match against England on the same ground. Team India will have to win two matches and a series with England to reach the final of the World Test Championship.

The final of the World Test Championship is to be played at Lord’s ground in June and New Zealand has already made it to the title match. If England wins the second Test match against India, then India’s hopes of reaching the final will almost end. In such a situation, there will be a war between England and Australia to reach the title match. Under the leadership of Kohli, India has lost two Test matches in the last two months, while under the captaincy of Rahane, who captained the team in Kohli’s absence, Team India won two matches in three matches in the recent tour of Australia. There is talk of handing over the captaincy of the Test to Rahane and if the team gets a single defeat under the captaincy of Kohli, then this discussion can get a boost. Meanwhile, England have made four changes in the team for the second match. Also Read: Ind vs Eng 2nd Test 2021: Team India discharged this big man after the first Test defeat

Stuart Broad has been included as a regular policy change in place of fast bowler James Anderson. Due to poor performance in the second innings of the first Test, Dom Bess has been ruled out and replaced by all-rounder Moeen Ali and wicketkeeper batsman Ben Fox in place of Jos Buttler. In place of injured Archer, one of the players of Chris Woakes and Ollie Stone will be included in the XI. The Indian team can also include Akshar Patel in place of left-arm spin bowler Shahbaz Nadeem for this match. Akshar was ruled out due to injury in the first test and was recently declared fit. In this match, it will be important for India to stop the captain of English team, Joe Root, who scored 218 runs in the first Test and brought England to a strong score. Also read: Ind vs Eng 1st Test 2021: English team can give comfort to this deadly player in the next Test after winning the first test, trouble was made for Team India

Possible teams for this match are: