In lockdown, Wriddhiman Saha is doing this practice of wicket keeping 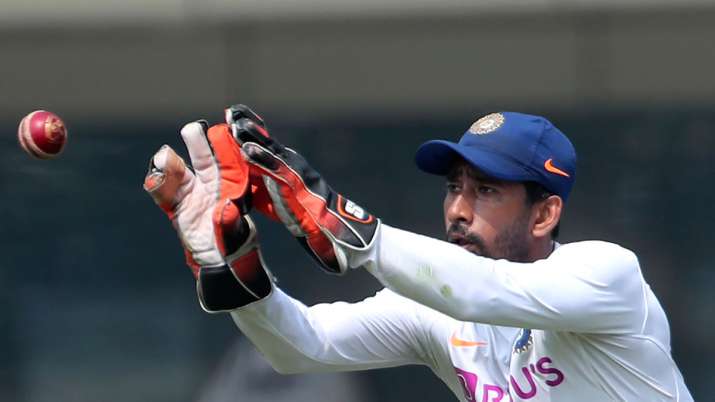 There is no doubt that Wriddhiman Saha is one of India’s finest wicketkeepers. Due to his excellent wicketkeeping on foreign tours, he has heard the praise of captain Virat Kohli many times. However, he was not part of the Indian team in the last 2 Tests against New Zealand. Despite this, he currently remains the first choice in the Indian Test team as a wicketkeeper.

These days, due to Corona virus epidemic, sports activities have come to a halt all over the world. In such a situation, Indian wicketkeeper batsman Wriddhiman Saha is spending time with family at home due to lockdown like other cricketers. During this, Saha is also taking care of his fitness and training. At the same time Saha is also sharpening his wicketkeeping edge, whose video he shared on social media.

Significantly, Wriddhiman Saha’s cricketing career has been affected by injuries in the last few years. Saha was injured during the Pink Ball Test match played in Kolkata last year. He suffered a right finger injury in the match. He had to undergo surgery as the injury was serious. This is the reason why Pant was given a chance to replace Saha in the 2-match Test series against New Zealand.

Talking about Saha’s cricket career, he has scored 1238 runs at an average of 30 in 50 innings of 37 Test matches for India. It also includes 3 centuries and 5 half-centuries. Saha, who made his Test debut for India in 2010, has 92 catches and 11 stumps as a wicketkeeper.

Keep yourself up-to-date by reading the latest Hindi news and special stories of India and abroad on India TV. Click here to watch Live TV. Click for cricket news in hindi sports section

IND vs ENG: These 3, including Siraj got reward for their performance, joined the team

new DelhiFast bowler Mohammed Siraj, Shardul Thakur and all-rounder Washington Sundar, who were among the architects of the historic win...

Change in Australia’s opening pair for the Brisbane Test .. Call to Marcus Harris

The Australian opening pair will be changed for the fourth Test against India starting on Friday. Opener Will Pacos was...

Who is responsible for Team India’s embarrassing performance in delayed test? Learn answer

Highlights:The Indian Paper had poll about Indian team defeatIt was tried to understand who is responsible for the poor performance59%...