There will be 37 Huawei models that will have the EMUI 11 update, said a company executive. More than 200 million people will use the system, which will give the Chinese company first place in the world an update rate.

The information was provided by Wang Chenglu, president of Huawei’s business software department.

Read More: Instagram: So you can see all your stories according to their location

The EMUI 11 was announced on September 11, with several styling changes. In addition, it will have a much more complete smart window.

According to experts, it is based on Hongmeng 2.0 distributed technology, which enables the interconnection of multiple devices. 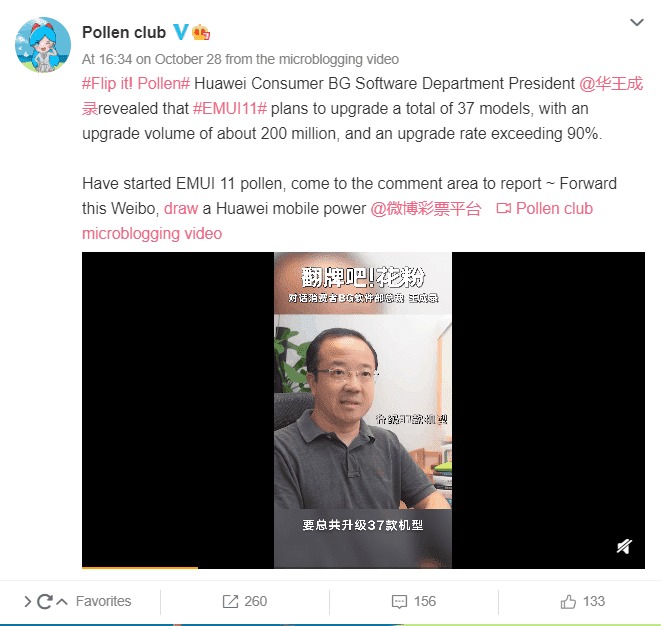 The next few days for beta updates will eventually be known.

The Gizchina portal explains that EMUI 11 is based on three pillars: privacy, security, and improvement of the user experience.

Other changes include the improvement of the AlwaysOn display function, as well as the redesign of the interface.

Here are the 37 models that will receive the EMUI 11:

Preparing for Oppo, will launch tablet and laptop next year

This BMW flying suit is a mix of Iron Man with Patrick Star… and it worked!